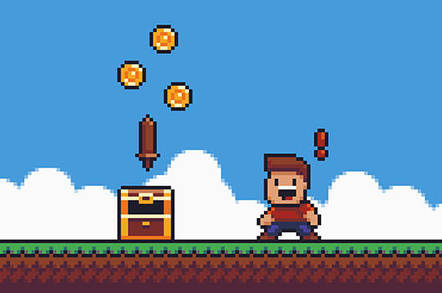 Currently, you either have to force users to download massive files (and updates) to their machines, or build huge, inefficient streaming services that process games in the cloud and stream video streams to users. But Grove claims there is a third way.

Polystream has developed a system that uses a combination of distributed networks, the edge and the cloud to provide online gameplay. The crucial difference is that its system is delivering game data – not video – to the client and relies on the client's GPU to convert that into what the gamer sees onscreen.

In some respects this is the same debate that the IT industry has been having for decades: where is processing done best – on the server or the client?

Grove says his approach is "a scalable, elastic solution" – implying that others are not. But what of Google's new Stadia service that it announced recently at the Games Developer Conference in San Francisco?

It will work, says Grove. And he doesn't expect to see any issues with latency, so no delays or jittery graphics. But it is wildly inefficient, he said.

"Streaming games has never been about latency," he told us. "Anyone can stream games. Even going back to OnLive, Gaikai, and others over the past decade, the technology worked well if you had reasonable internet and were close to the servers."

But, he says, "it’s the cost of building enough infrastructure to overcome distance and therefore reduce latency to make streaming scalable and viable as a business that is the limiting factor."

The graphics processing for a game has to happen somewhere. If you're using Google or Amazon's systems, you as the user don't see it, but the companies are still having to do that work, and pay for the cost of doing so.

Making sure there are enough GPUs close enough to users to make cloud gaming work is "a huge cost per user per hour," Groves notes. "Even if you’re Google, at some point this all needs to generate revenue." Big tech companies can overcome latency by putting GPUs at the edge but Grove argues that "it's questionable if it will truly scale."

So what does Polystream do instead? It streams game data and leaves the graphics processing to your device's GPU to sort out. The result? A fraction of the cost per user.

"Our proprietary command technology runs unmodified applications from any cloud, using just the compute required, where it’s required. Running on regular servers, we take the graphics commands, and we deliver them to your device, telling the GPU in it what to draw which reduces cost to pennies per hour per user," he explains.

What this means, assuming you have a device that can handle the graphics load and work with Polystream's system, is that companies can escape the situation where they either have to force users to download massive files - something that will only get worse as games like Fortnite are updated every few weeks – or where they have to build out massive infrastructures and pay the cost of GPUs.

The Google and Amazon cloud model removes the need for massive downloads and delays by doing all the hard work in their data centers – all the physics and renderings and movements – and then sends a video stream of your gameplay to your device.

But with that approach, three million simultaneous players means three million different loads of processing; three million GPUs. Which is massively expensive. Plus not everyone is going to be playing all the time, requiring huge redundancy to be built in.

Trying to make it work

These issues are why Nvidia is having so much trouble launching its GeForce Now service to the wider public, he asserted. The service allows you to run processor-hungry games on underpowered devices by logging into its servers and, like Google's setup, receiving a gaming video stream after all the hard work is done at its end.

GeForce Now has been running over a year but remains invite-only and – amazingly – free while Nvidia figures out how it to make it work commercially. The biz is still struggling to figure out how to scale the service, given the high cost and other variations in demand and location.

The advantage to this approach is likely to grow over time too as higher-resolution games and displays emerge.

Polystream can deliver 4K resolution games at 20Mbps, he claims, and needs won't increase much as and when people move to 8K or even higher. The same 4K resolution for GPU-streamed games requires 50-60Mbps, not to mention the extra processing power required.

"We talk about 5G and FTTH (fiber to the home) as if we’re suddenly going to have untapped bandwidth," Grove says, "but if a million gamers suddenly take up 50Mbps we’ll be back where started in terms of problems with cost, reach, and scale. It affects every part of the network path and infrastructure." In short, he says his system will provide a 3-5x improvement in bandwidth consumed.

Not that Grove and Polystream are interested in taking on Google or Epic: they are pure business-to-business (B2B) and want to sell their technology to the public-facing companies. Intel just invested $12m in the company in return for a chunk of stock.

Grove says he intends to use the influx of money to build out a marketing team to get word out. It's not just games, of course, the same system can be used for simulators, modeling, training – anything that needs a lot of processing power for interactive software and has users dotted all over the world on different devices.

Of course, as with the thin-client-or-server argument, the system still needs the client machine to have sufficient processing power – in this case graphics processing – to work.

Grove is under no illusions that his system will work smoothly right now across all devices. Your three-year-old laptop is not going to cut it. Likewise, games consoles can already do all the work so they don't need this system either.

But as things move forward, Polystream is hoping that the massive potential cost savings that its approach can offer will prompt both cloud gaming systems and console makers to consider doing things differently.

A smaller, cheaper PlayStation or Xbox that can offer next-generation gaming without massive downloads or terabytes of storage but with a monthly streaming subscription. Sony has been trying to push people onto its subscription service for years – this could well lead to it becoming the core business model.

Or for Google or Amazon's cloud gaming services, such a system would enable them to make their product available globally and without relying so heavily on massive data centers and expensive GPUs.

And Intel's interest in all this? Chips. Lots and lots of chips. and money of course. ®