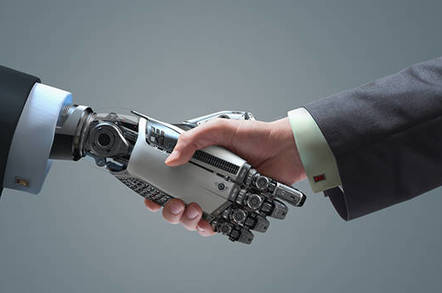 Researchers have detailed a set of side-channel and downgrade attacks that potentially allow an attacker to compromise Wi-Fi networks equipped with WPA3 protections.

Mathy Vanhoef, of New York University Abu Dhabi, and Eyal Ronen, of Tel Aviv University, have disclosed five different methods for breaking into or disrupting routers using the newest version of the wireless network security standard. The duo have already privately reporting the issue to the Wi-Fi Alliance and Cert/CC to make sure vendors had time to get fixes out prior to disclosure.

Specifically, the duo found a number of ways an attacker can game the Dragonfly handshake system WPA3 uses to authenticate devices on a network. If exploited, this would allow the attacker to log into the target network without knowing the password.

What's this about Wi-Fi handshakes?

For those that don't know, Wi-Fi access points don't actually transmit passwords in cleartext (that would make man-in-the-middle trivial) but rather rely on something called a "four-way handshake" system.

In this method, both the client and the access point are equipped with the hashed version of the network password. Each side generates a pair of random numbers then uses them to encode the password, exchanging the results. They then multiply those values together and, if both are using the same hashed password, will have the same result.

This allows the access point and the client to authenticate without needing to actually send the password, or its hash, over the air. For more information on the four-way WPA2 handshake and its weaknesses, Napier Prof. Bill Buchanan has an explanation here.

"Concretely, attackers can then read information that WPA3 was assumed to safely encrypt," Vanhoef and Ronen explained. "This can for example be abused to steal sensitive information such as credit cards, passwords, chat messages, emails, and so on, if no extra protection such as HTTPS is used."

Side-channel bugs: not just for CPUs any more

Two of the issues posed were side channel attacks and have been classified together as CVE-2019-9494. Both describe ways for an attacker to use a dictionary attack to work out a password (the researchers estimate this can be done with AWS instances for about $125).

The first method is a timing-based attack that is based on how long the router takes to respond to commit frames. In some routers, the commit time is directly related to the password being used for the network. If an attacker know the exact time the router took to process the password, that person could simulate login attempts repeatedly in a virtualized environment until coming up with the password that required exact same response time.

"When the AP uses security groups based on elliptic curves, which all WPA3 devices are required to support, no timing information is leaked," Vanhoef and Ronen said. "However, when the AP supports the optional multiplicative security groups modulo a prime (MODP groups), the response time depends on the password being used."

Downgrade attacks use WPA3's shiny new status as a weapon

The other methods the researchers uncovered were a set of downgrade attacks that allow the attacker to force the router into tossing out WPA3 and using the older (and crackable) WPA2 standard.

The first attack is more of a social engineering trick plays on the "Transition mode" feature in WPA3 that allows backwards compatibility with WPA2. Because the transition mode is designed to allow both newer WPA3 and older WPA2-only devices to use the same password, the attacker could set up a lookalike network on WPA2. When a victim tried to log on to that network, the authentication would fail, but the handshake attempt would give the attacker enough information to then brute-force WPA2 to obtain the password for the target network.

The second downgrade attack likewise uses the spoofed network, and takes advantage of the "security group" component that allows the access point to tell the client device what security standard it wants to use. In this attack, the attacker-controlled access point would send the victim decline messages to not to use WPA3, requiring another attempt to send login credentials with WPA, once again allowing the attacker to brute-force the login.

And a DoS bug just for good measure

The final vulnerability plays on the technical sophistication of the Dragonfly handshake and the demand it places on access points. Quite simply, most hardware is only able to deal with around 16 commit frames per second.

"Processing this frame and generating an answer is computationally expensive, especially if defenses against (already known) side-channel attacks are implemented," the pair explain.

"Although WPA3 contains a cookie-exchange method to prevent attackers from forging commit frames using fake MAC addresses, it is trivial to bypass."

In other words, an attacker who could spoof these commit frames (this can be done without needing the password) would then be able to lock up the access point, and create a denial of service.

One more bug in the pipeline

Finally, Vanhoef and Ronen say they have one last bug, a way to crack EAP-PWD passwords, that they are holding off on releasing any details for until vendors and network admins have more time to update their routers and access points.

The rest of the bugs are explained in full detail in the duo's academic paper, "Dragonblood: A Security Analysis of WPA3's SAE Handshake" ®