An offer you Kata refuse: OSF accepts virty container wizards as 'part of the family'

Making it the first new top-level project since 2012 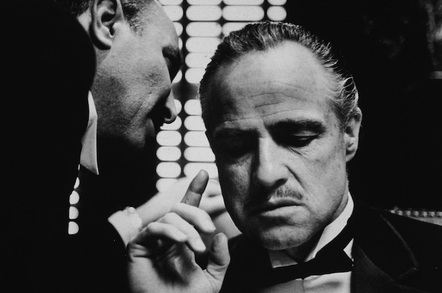 Kata Containers, the open-source effort to marry the speed of application containers with security features of virtual machines, has become the first ever top-level project to be accepted by the OpenStack Foundation (OSF) – besides its cloud platform, of course.

Since its inception in 2012, the OSF cared about one thing, and one thing only: modular software for cloud computing. But in 2018, it broke with tradition and launched two projects that were completely independent from OpenStack – Kata Containers for virtualization, and Zuul for continuous integration and continuous delivery (CI/CD) of code at scale.

This week, the OSF board of directors voted to approve Kata Containers as a "confirmed project", which means it is seen as mature, meets the lengthy OSF guidelines and has proven it can attract a sustainable, engaged ecosystem of developers and users.

"The confirmation process is less of a start of a new era for the project, and more of a recognition that through its pilot phase, the project has set itself up to be successful over the long term and deliver value," Jonathan Bryce, executive director of the OSF, told The Reg. "It's part of a process we built over the last year."

Kata appeared in 2017 as a pilot, at a time when the foundation started toying with the idea of expanding its mission. The name is somewhat misleading: the project is developing a new type of virtual machine that feel and perform like containers but provide the workload isolation advantages of VMs.

While traditional Linux-based application containers all rely on the same host kernel, with Kata Containers, each stripped-down VM gets its own kernel, enabling them to boot in as few as five seconds.

To date, Kata Containers has seen 3,919 commits from 106 authors, representing around 23 companies. More than two thirds of the work on the project is still done by Intel, but the eclectic mix of developers also includes cloud vendors like Alibaba, Oracle and Microsoft, hardware vendors like Cray and Dell, and even telcos like Orange, among others.

Another visible sign of the OSF's ongoing expansion is the rebranding of its bi-annual event; previously called the OpenStack Summit, the meet-up will henceforth be known as the Open Infrastructure Summit – the first will be taking place in Denver later this month.