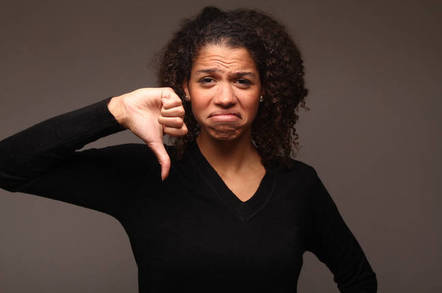 Aria Technology has been denied permission to appeal against a tax court's ruling that the PC and components dealer diddled HMRC out of £750,000 of VAT through a VAT carousel fraud.

The news comes on the anniversary of the company trying and failing to gag The Register from reporting about its scheduled 2018 appeal in the Upper Tribunal's Tax and Chancery Chamber, a specialist tax disputes court.

Having had that first appeal dismissed by the Upper Tribunal, Aria Technology Limited (ATL) has now been denied permission to take it up the legal chain to the Court of Appeal.

ATL, the company which was then behind well-known retail brand Aria PC, had taken part in a so-called VAT carousel fraud in the earlier part of this decade. VAT carousel fraud is also known as a Missing Trader Intra-Community fraud ("MTIC fraud", as the lawyers call it). Aria was involved in supply chain with other fraudsters that cheated the taxman out of £758,770.69, claiming a repayment of more than £300,000.

Europol, the EU police force, explains VAT carousel fraud as follows: "More complex cases of VAT fraud are typically known as carousel frauds. As part of these fraud schemes, goods are imported and sold through a series of companies before being exported again. The first company in the domestic chain charges VAT to a customer, but does not pay this to the government, becoming what is known as a 'missing trader'. The exporters of these goods claim and receive the reimbursement of VAT payments that never occurred."

Claiming that it was innocent, Aria had tried – and failed – to argue that it was an unwitting part of the fraudulent trader chain. Both tribunals found that ATL had been repeatedly warned by HMRC about being able to show proof of carrying out due diligence before trading with new entities – something that wasn't done. ATL bought large quantities of CPUs and TFT monitors from limited companies it had never traded with before, reselling them on to other companies with which it had never traded before in circumstances that were "too good to be true", Mr Justice Roth ruled.

Aria Taheri, ATL's MD and sole registered director, said in a lengthy statement to us: "Having been dormant for a few years, ATL is challenging HMRC as a matter of principle. The appeal has many stages – first it has to be done by the judge who made the report and the decision (no judge will contradict his/her own decision). It is only in the next stage that the case is referred from High Court to another judge in the Court of Appeals. The appeal is still ongoing."

He added: "To use a metaphor, a judge is like a referee in a football game. In the case of ATL, the referee decided that its goalpost will be double the length and height of the other side."

Taheri's full statement, all 17 paragraphs of it, is reproduced overleaf.

Aria Taheri tried and spectacularly failed to stop El Reg seeing legal documents filed in his appeal case which would have allowed us to report fully about the existence of ATL's Upper Tribunal appeal. In a special hearing, Judge Greg Sinfield ruled that the Upper Tribunal had the power to reveal those papers to journalists on request – contrary to what Taheri had claimed.

Judge Sinfield's ruling, handed down a year ago today, set a binding legal precedent used by reporters ever since. It's even in the standard media law textbook, McNae's Law for Journalists (download the PDF at that link and search for "The Register"), meaning generations of reporters will forever associate Aria Technology Ltd with tax-dodgers trying and failing to hide from the light of public scrutiny.

Vulture goes to tribunal and gets the law changed