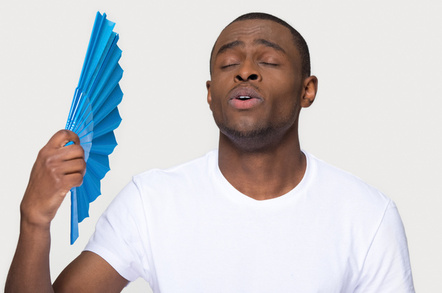 Google's new cloud chief, Thomas Kurian, has talked up plans to win enterprise customers by expanding his sales team, boosting its dealings with other businesses to shift kit and taking a "sympathetic" approach to legacy tech.

The former Oracle man, who moved to Google Cloud in November, was speaking yesterday at an analyst event at the start of Google Next 2019 in San Francisco.

Although much of the detail was under NDA, analysts took to Twitter to share their takes on his appearance – and it was broadly positive, describing his account of enterprise as pragmatic, practical, business-oriented and measured.

I like the pragmatism of Mr Kurian’s response around enterprise readiness - for ex, how they have cut down on contract process and other ‘boring’ things Google has done after listening to customers - good. #GoogleNEXT19

RedMonk co-founder James Governor said that "pretty much the first words" out of Kurian's mouth were about understanding customers' legacy needs and working with them, rather than talking at them, and that Google previously had a reputation for the latter.

pretty much the first words from Thomas Kurian to analysts #GoogleNext19: "Customer empathy, you have to understand where they are, how you can help them. Every legacy system exists for a reason. Meet customers where they are and be deeply sympathetic". empathy, sympathy, legacy

Kurian – the twin brother of NetApp head honcho George – was hired to bring Oracle's knowledge of corporate customers to Google, with suited types types being a group the Chocolate Factory needs to win over if its cloud biz is to compete with clear market leaders Amazon Web Services and Azure.

This was always expected to include a change of tone in the firm's go-to-market strategies, but Google's Carol Carpenter reportedly said that a "tremendous" amount of work had been done in the months since Kurian joined.

Now @carol_carolling says a tremendous amount of work has been done since Thomas #Kurian came on board @GoogleCloud:
- Overhaul of go-to-market all the way down to contracts
- Agile #marketing
- Simpler/easier/faster experience
- Industry transformation#GoogleNext19 #cloud #cx

The main areas where the firm is paying closer attention are said to include contracts, pricing, working more closely with customers, and improving links to the third parties that sell its products (which the industry seems intent on continuing to call "partners/partnerships").

Meanwhile, 451 Research's Owen Rogers said that "the change since Mr Kurian's arrival is that Google appears to be realizing it can't just be a clever tech powerhouse – service matters".

In an interview with the Wall Street Journal, Kurian confirmed plans for simplified contracts for different types of businesses and more predictable pricing.

In addition, he plans to hire more people in sales and support to provide the hand-holding that customers tend to require.

The WSJ reported that Kurian wouldn't be drawn on specifics, but said the aim was to shift from forces between one-tenth and one-fifteenth the size of AWS and Azure to being half their size, within two years. Sales teams will also be tiered and pointed at specific industries.

Tom Kurian on how GCP intends to scale - a) Grow the sales team, create tiered sales teams and have industry focused AEs b) Enable partner with tools for better GTM c) Measure our internal sales productivity and improve on key metrics #GoogleNext19

Summing up the atmosphere, Constellation's Ray Wang said businesses that sell its products were "more excited than ever" about the "level of support and commitment promised at the IaaS and infra level, the technical resources, and the future hiring commitments".

However, customers will no doubt hope that Kurian leaves some of Oracle's tactics and results behind – namely aggressive pitches and struggling cloud sales. The exec certainly does seem able to ditch some of Big Red's corporate ideals. ®

MyPOV - The changes of Kurian from @Oracle to @Google are mostly sartorial - out is the suit, no more tie and seems more relaxed. #GoogleNext19 pic.twitter.com/P6ez6YydKh