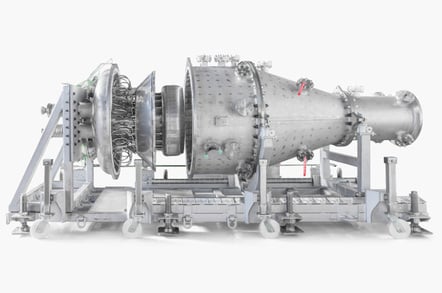 Brit firm Reaction Engines has successfully tested its engine design's precooler heat exchanger – a key step on the path to getting its SABRE donk up and into space.

The Synergetic Air Breathing Rocket Engine (SABRE) designed by Reaction is designed to get an attached space vehicle up to Mach 5.4 before switching to liquid oxygen and accelerating to Mach 25 to send a spacecraft into orbit.

Its USP is that there is no other air-breathing rocket engine out there – all current rocket motors rely on hauling large, expensive and payload-reducing quantities of liquefied oxygen with them.

SABRE would, so its inventors hope, enable single-stage-to-orbit rockets rather than using the old US Space Shuttle system of solid-fuel booster rockets strapped to a large, disposable liquefied oxygen/hydrogen tank. With fewer expensive things that have to be thrown away, the ultimate hope is that space launches will become easier and cheaper to arrange. 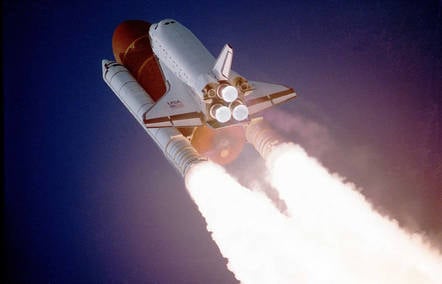 A Space Shuttle pictured at launch, complete with large rust-coloured fuel tank and white booster rockets strapped to it

Reaction said this morning that its precooler heat exchanger had "successfully achieved all test objectives in the first phase of high-temperature testing designed to directly replicate supersonic flight conditions".

"The ground-based tests saw Reaction Engines' unique precooler successfully quench the 420°C (~788°F) intake airflow in less than 1/20th of a second. The intake temperature replicates thermal conditions corresponding to Mach 3.3 flight, or over three times the speed of sound," it continued, explaining that this meant the precooler had successfully cooled air being taken into the engine "from a temperature at which hot steel starts to glow". 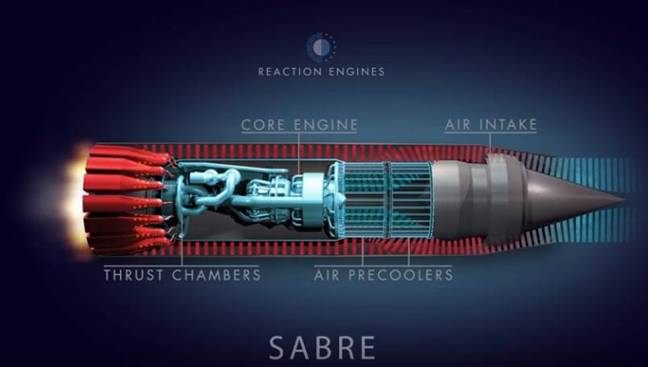 The tests, carried out in Colorado, USA, used a J79 engine originally fitted to a McDonnell Douglas F-4 Phantom jet fighter to generate the high-temperature air for blasting into the precooler assembly.

Pre-cooling air entering the engine is essential at higher speeds because the effects of friction and compression on air travelling at supersonic speeds makes it extremely hot. Over time, aeronautical engineers have come up with different solutions to the hot supersonic air problem: Concorde used adjustable ramps at the front of its air intakes to slow down (and thus cool) incoming air, for example.

The precooler itself is made from 16,800 thin-walled hollow tubes that carry supercooled helium. Hot incoming air meets these cold pipes and the heat is transferred through the tubes into the helium. That excess heat is then dumped into useful places, including the final stages of the engine core in a way roughly similar to an afterburner on a military jet engine.

This time last year, Reaction Engines trousered £26.5m in funding, as we previously reported. Testing of the engine core is due to start in 2020 with flight trials thought to be around a decade away. As well as the Colorado facility, the company is building a new test centre in leafy Buckinghamshire in the UK.

The precooler tech on its own is said to have a number of potential uses, including from aerospace to motor sport, industrial processes, and the oil and gas industry. ®

That was some of the best flying I've seen to date, right up to the part where you got hacked

Raytheon has a punt at aviation security with bus software suite