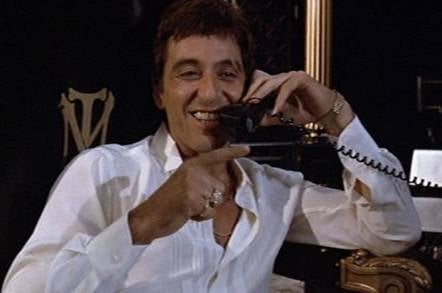 A robocalling scheme that ripped off business owners by claiming to be collecting fees on Google's behalf to improve their search engine results has been fined $3.4m.

But thanks to terrible enforcement efforts by federal regulators, that fine is probably not worth the paper it's written on, With the US government's failure to make rules changes or adequately address the issue of robocalling, the court victory is entirely hollow.

Dustin Pillonato and Justin Ramsey were the main people behind Pointbreak Media and Modern Source Media and were taken to court by the Federal Trade Commission (FTC) for their role in the robocall scam.

The defendants tried multiple different ways of weaseling their way out of liability but the district judge in Florida – Cecilia Altonaga – was having none of it [PDF]. They were both personally liable, she decided, because they had taken part directly in the scams, including providing phone numbers and the merchant account through the money was funneled.

The judge also rejected the pair's efforts at corporate confusion by throwing out arguments that the two companies were different entities, pointing out that they used the same merchant accounts, databases, sales scripts and contracts. The scammers had tried to play a corporate shell game by shifting workers between different companies and subleasing workspace from one company to another in an effort to escape liability, she said. But their efforts amounted to nothing.

The judge also denied the defendants' efforts to get a jury trial by arguing that there were no triable issues to be decided. In short, Judge Altonaga appears to be as infuriated with robocallers as the rest of the nation.

The FTC outlined the details of the scheme in its initial lawsuit filed back in May 2018. The companies robocalled people – many on the National Do Not Call Registry – claiming that their business was going to be removed Google's search engine because they had not "claimed and verified" their listing.

That process could be done for a fee, the recorded message explained, but they would have to talk to a "Google specialist" to do so. That approach then opened the door to telemarketers who made various bogus claims including that they could add keywords to their Google listings for a few hundred dollars.

How about being ripped off again?

Once in the system, some of those that paid for the fake service were later contacted about another deal. Callers offered to guarantee a top search result placement for an upfront fee of $950 and a monthly payment of between $100 and $170. It was all nonsense.

The judge issued summary judgment against the two, including a permanent injunction and a money judgment for $3,367,666.30. Which is great – in theory.

Except with robocalls becoming more and more of a nuisance and federal regulators seemingly doing little to reduce them, people have started digging into their actual efforts.

'This is insane!' FCC commissioner tears into colleagues over failure to stop robocalls

One key issue is that both the FTC and sister organization the FCC keep using the large fines levied against robocallers as evidence they are effectively clamping down on the practice. But the volume of robocalls continues unabated and the fines are never collected, making the whole thing a charade.

The FCC refuses to make simple changes to the rules that would be far more effective than occasional, uncollected fines. Critics point to close ties between FCC chair Ajit Pai and the telecoms industry that makes a fortune from robocalling to explain why he keeps promising to do everything in his power to fix the problem while doing nothing in his power to fix the problem.

But it's worse than that. Since 2015, the FCC has fined companies a total of $208.4m but, according to an investigation by the Wall Street Journal, has collected less than $7,000: a pathetic 0.003 per cent claim rate.

The FTC does little better. Since 2004, it has fined companies a total of $1.5bn and recovered just $121m, giving it a recovery rate of eight per cent.

The regulators aren't very open about their failure to get the money they so proudly announce, but in a related filing to this week's $3.4m judgment against Pointbreak Media and Modern Source Media, the issue is clear.

This week, the FTC filed a motion to vacate the $2.5m judgment against another of the people caught up in the Google listing robocalling scam, Daniel Carver of Perfect Image Online and Pinnacle Presence, in return for him selling his Lexus.

If he sells the 2016 luxury vehicle – worth about $20,000 - and gives the FTC the money, he's off the hook for the remaining $2.48m. Similar deals were reached with another two related defendants: Jennefer Ramsey and Stephanie Watt.

It's time to stop celebrating the FCC and FTC's headline fine figures as a sign that they are doing their jobs effectively and start looking for real metrics, as well as start demanding explanations for the agencies failure to have any appreciable impact on the nuisance of robocalling. ®