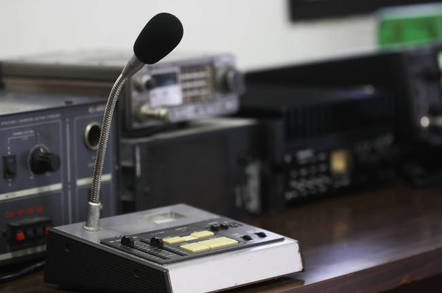 Some people have been using ham radio frequencies for communication that's encrypted or difficult to decipher and others argue that's a threat to national security and a violation of the spirit and rules of amateur radio. Really, it's a fight over whether the amateur radio spectrum remains a hobbyist space or develops as a medium for data traffic.

In a letter [PDF] submitted earlier this week to the US Federal Communications Commission, NYU professor Theodore Rappaport, who runs the NYU Wireless research center at the NYU Tandon School of Engineering, voiced support for RM-11831 [PDF], a proposed radio rule revision that, among other things, would require radio transmissions be open to public scrutiny.

"RM-11831 allows ACDS [Automatically Controlled Digital Stations] to continue to operate in ham radio, but simply requires them to use openly decodable transmissions in compliance with FCC rules," Rappaport says.

Federal rules ban amateur radio stations from transmitting "messages encoded for the purpose of obscuring their meaning," with some exceptions. Despite this, evolving technology has given rise to a number of services that, some argue, violate these rules, such as Winlink and D-Star.

If the rule change is adopted, it might mean the end of these services, or reduced functionality, and might make it harder for innovative services like New Packet Radio to emerge.

RM-1183, argues Rappaport, "assures national security by providing transparency and self-monitoring by the public of all amateur radio transmissions in the HF spectrum that routinely cross international borders."

At the same time, Rappaport urges the FCC to reject other proposed rules, NPRM 16-239, RM-11828, RM-11759, and RM-11708, that he claims would allow more obscure or effectively encrypted communications over public radio spectrum.

Others offering their opinions to the FCC disagree. "RM-11831 is yet another effort by a small circle of US amateur radio operators wanting to cripple the use of data modes on the amateur radio bands," writes Stephen Williams of Bakersville, North Carolina, in a comment submitted to the agency.

"If enacted, the changes proposed will NOT promote transparency and will NOT prevent the use of the bands by commercial interests. There are no proven cases of commercial use of modes like Pactor on the amateur bands. This RM-11831 effort is simply an attempt to kill the use of Pactor in the US as a communications mode supporting emergency communications operations."

In a letter [PDF] to FCC chairman Ajit Pai last December, Loring Kutchins, president of the Amateur Radio Safety Foundation (ARSFI), which oversees Winlink, pushed back against Rappaport's characterization of the service.

"Theodore Rappaport and the opponents he informs offer an emotional, layman's conjecture in their assertions that hard-to-monitor, advanced digital protocols used in the amateur radio service will encourage crime, terrorism, and are a threat to national security," said Kutchins. "They clearly do not know or appreciate what monitoring and inspection routinely occurs, and are thus not qualified to judge."

Kutchins claims Winlink sysops inspect system traffic. "All communications are logged in detail and messages are archived, and available to the FCC and anyone else on request," he insists, pointing to a separate set of comments intended to rebut Rappaport's claims.

Dan White, of Granbury, Texas, is both an American Radio Relay League (ARRL) member and critic. He claims the organization is backing proposed rules like RM-11708 "to provide free encrypted email and bypass commercial maritime services under the guise of 'emergency communications' while exhibiting total disregard for incumbent spectrum users."