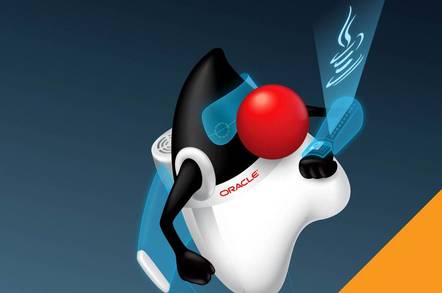 Oracle has filed its formal response to Google's plea in January for the US Supreme Court to review the two tech goliaths' long-running war over Java, Android, APIs, and copyright.

On Wednesday, Big Red made its pitch for why America's highest court should put an end to the legal conflict once and for all, by refusing to hear Google's latest appeal.

Incidentally, a lot of the tech industry agrees with Google, including Microsoft, Red Hat, and Mozilla, the Python Software Foundation, Developers Alliance, and the EFF, that Android's flavor of Oracle's Java APIs was legit fair use.

Google and its pals say a lower court ruling in Oracle's favor on the fair use of Java APIs – that Android trampled Oracle's copyright by implementing Java core library interfaces – sets a dangerous precedent that breaks long-standing and well-understood rules on software development, risks confusing the community, and will damage innovation. Google, which copied about 11,000 lines of Oracle-owned code as a starting point to provide the base Java API for its mobile operating system, is on the hook for billions in damages to the database giant, hence its attempt to go all the way to the Supreme Court to overturn that earlier ruling.

"Google cites nothing to suggest that programmers have 'abandon[ed] their traditional building-block approach to software development,' that they have stopped making interoperable products, or that copyright litigation has exploded in the face of confusion," Oracle noted in its petition to the Supremes this week. "To the contrary, software innovation has thrived since [the 2016 decision]."

The Supreme Court bid is considered to be Google's last gasp effort in a case that has been running since 2010, when Oracle first filed suit, alleging Google's Android operating system broke US copyright laws with its use of Java APIs.

The long and the winding road

In 2012, Google landed the first major blow in the back-and-forth scrap, when a court ruled the APIs weren't copyrightable, only to have that overturned two years later.

In 2016, a jury ruled Android's implementation of the core Java libraries counted as fair use, but in 2018 Oracle found itself in line to claim as much as $8.8bn after a federal circuit court overturned the jury decision and then refused to hear the appeal, leaving the Supreme Court as Google's last chance saloon.

Now, the Supreme Court has to decide whether it will hear the case and, if so, we are in for another round of arguments from both sides before a final opinion is issued.

Oracle, obviously, would prefer the Supreme Court simply decline to hear the case, putting it in position to finally extract a ten-figure sum from the web ads king in their long-running legal battle.

"Google's cert petition recycles arguments about copyright protection for software that it lost four years ago when the Supreme Court denied cert on that very issue," Oracle spokesperson Deborah Hellinger told The Register today. "Nothing has changed that would warrant a different outcome."

Google, meanwhile, said Oracle was "just wrong" in its arguments against the appeal.

"Overturning long-accepted software practices will hurt innovation across the computer industry and lock in incumbents' advantages," a Google spokesperson told El Reg. "We believe that the Supreme Court will find that copyright law supports the kind of interoperability that has been critical to the astonishing progress of software development in the United States." ®