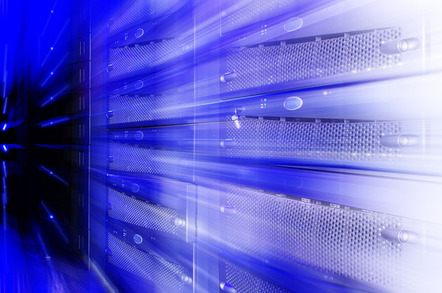 Accepting that some customers might not be quite ready for the on-premises cloudy world of Azure Stack, Microsoft has unveiled Azure Stack HCI. The new product is aimed squarely at users who want something familiar in the form of virtualised applications replete with the same Hyper-V based software-defined compute, storage, and networking technologies as Azure Stack.

And, of course, you can always connect to Azure for all those hybrid fun and games, such as cloud back-up.

Azure Stack is one cloudy area where Microsoft enjoys a lead over its arch cloud rival, Amazon. The tech, which debuted in 2017, effectively allows customers to kick the normally cloud-based Azure into an on-premises data centre. Or, rather, "extend" Azure on-site.

This means that customers wary of the public cloud due to compliance or regulatory worries, or just possessed of a good old-fashioned dose of paranoia or caution, can pick and choose what, if any, services get to run in the public cloud. Or deploy on-premises without having to fiddle with code too much. It also fits in with Microsoft's vision of life at the edge, since customers can run the thing disconnected from the world.

Last year, Amazon admitted that this was something customers did indeed want and emitted a similar tech in the form of Amazon Outposts.

And then there is granddaddy of roll-your-own clouds: OpenStack. The open source compute platform enjoys huge community support and, until the arrival of Azure Stack, dominated the private cloud landscape.

OpenStack also allows users to pick their own equipment.

While Microsoft cheerfully insists that Azure Stack HCI will run on "industry-standard x86 hardware", step one of actually getting the thing in your data centre is: "Buy a Microsoft-validated hardware system from your preferred hardware partner". Convenience, control and cost are always tricky to balance.

If you're thinking this all sounds a little familiar, you'd be right. Microsoft had already rolled out the Windows Server Software-Defined Data Center (SDDC) on Server 2016. SDDC started with a Hyper-V hypervisor as part of an effort to virtualise the infrastructure, thus abstracting applications away from the physical hardware.

The company continued: "We're bringing it into the Azure Stack family because we have started to offer new options to connect seamlessly with Azure for infrastructure management services."

And losing the word "Windows" from the name in favour of "Azure" probably does things no harm either.

As for when enterprises might get their hands on the technology, Microsoft told us there are more than 15 hardware partners with over 70 hardware configurations ready to take your money. ®