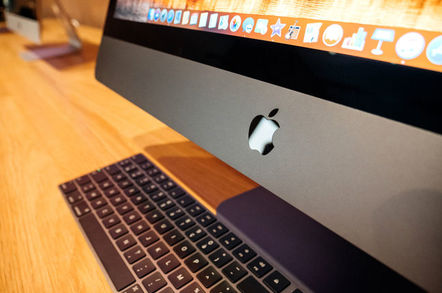 In addition to teasing the world with a glimpse of subscriptions services for newspapers and magazines, gaming, and video entertainment, Apple on Monday released iOS 12.2, which patches 51 security vulnerabilities.

The fruit-themed company's fixes cover some serious flaws and should be applied as soon as possible.

Once again, this raises the question of whether Apple should tie their security patch schedule to major media events. This isn't "Patch Tuesday", it's "Patch Keynote". pic.twitter.com/F8fCoJmh2v

Among the most troubling vulnerabilities is a ReplayKit API flaw (CVE-2019-8566) that allows a malicious application to access the microphone on an iPhone, iPad or iPod touch without the authorization or awareness of the user.

"An API issue existed in the handling of microphone data," Apple explains in its security update. "This issue was addressed with improved validation."

Apple watchers may recall in January that the iGiant scrambled to fix a thematically-related FaceTime flaw that enabled a miscreant to force a FaceTime recipient's phone to answer a call, turning the Apple kit into a conduit for potential eavesdropping. That issue was fixed last month.

A related issue affects WebKit (CVE-2019-6222), the heart of mobile Safari, allowing a website to potentially access an iOS device microphone without any indication being shown. A separate Safari bug (CVE-2019-8554) allows a website to access device sensor information without consent.

Reached via Twitter, security researcher Patrick Wardle, chief research officer at Digita Security and founder of Objective-See, said in addition to the Replay Kit flaw, which could be used to spy on people, there's a noteworthy Geo Services bug (CVE-2019-8553) that permits remote code execution.

According to Apple, the flaw could be used to construct a malicious SMS link that triggers arbitrary remote code.

"These are the types of bugs that advanced (nation-state) adversaries exploit to remotely infect targets," said Wardle, who lamented that Apple's iOS platform rules disallow security tools that could thwart or at least detect this sort of attack.

The 12.2 update also fixes an iOS kernel bug (CVE-2019-8527) that a remote attacker could use to crash the system or corrupt kernel memory.

"To me the takeaway is that, iOS is, and always will be a hackable device," said Wardle. "Yes it's very secure, but as is the case with any computing system it's hackable." ®

macOS Mojave 10.14.4 also saw its share of bugs patched – with 38 CVEs. There were a few significant flaws: the AppleGraphicsControl kext suffers from a buffer overflow bug (CVE-2019-8555) that could allow a malicious app to execute arbitrary code with kernel privileges. Also, the Disk Arbitration framework suffers from a logic issue (CVE-2019-8522) that allows an encrypted volume to be unmounted and remounted by a different user without prompting.