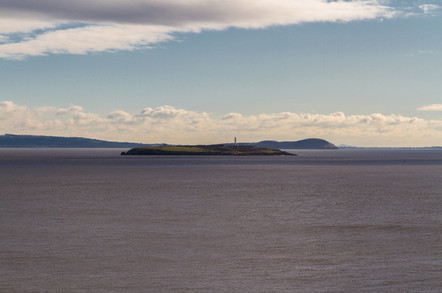 Ah, the sea! The salty spray, the sunlight sparkling off the bay... but three foolhardy Russian sailors anchored near Minehead, southwest England, clearly fancied a change of scenery – to their misfortune.

The trio were employed aboard the Dutch-registered cargo vessel Alana Evita moored just over 3km (2 miles) off the coast of the Somerset town, The Telegraph reported.

Slinking off the ship in a 13ft (4m) inflatable dingy at 3:45am on Wednesday (20 March), the salty seadogs managed to cross 12km (8 miles) of the Bristol Channel to Barry in Wales, brought to the fore of the national consciousness by the hit sitcom Gavin & Stacey – and now the "most thriving housing market" in Britain, according to Rightmove.

But they weren't there to check out the estate agents, instead opting for one of Russia's favourite pastimes and hitting the seaside town's watering holes.

Suitably soused, the gang began the journey back across the channel to their coaster, which went exactly as well as you can imagine.

Fog descended and the mariners found themselves on the shores of Flat Holm, a small island with an area of 0.35 km2 (0.14 sq mi), a lighthouse, some outbuildings – and a population of sheep.

The alarm was raised at 7am, when it was discovered that the men had not returned to their posts.

Five lifeboats from Minehead, Burnham-on-Sea, Barry and Penarth were deployed, supported by a Coastguard helicopter.

A spokeswoman for Penarth Royal National Lifeboat Institution told the paper: "The three had attempted to make their way back from Barry to Minehead but got lost in foggy conditions in the channel.

"The sailors were found safe but very cold on Flat Holm Island at around 8:30am by Penarth RNLI volunteers. After being assessed by the RNLI volunteers, the Coastguard 187 helicopter landed on the island to further assess the casualties but it was decided they were well enough to return to land by lifeboat."

"Very cold"? The sheep were right there. Amateurs. ®