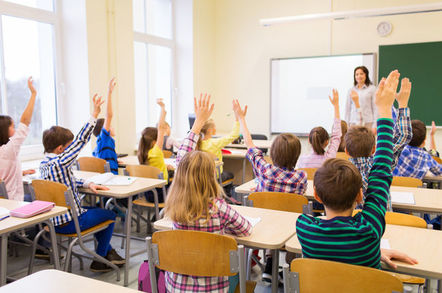 Hey kids, who wants to learn all about Excel Pivot Tables?

The best part of half a million students in Wales will be able to get their hands on a free copy of Office 365 ProPlus as the Welsh Assembly lobs cash Redmond's way.

The move will, according to a spokesperson for the Welsh government, see 1,521 "maintained" schools signed up to receive a dose of Microsoft's cloudy suite at a cost of £1.2m a year.

Microsoft were cock-a-hoop to see the valleys leading the way in giving kids free access to its software at the point of use.

Not that the software giant is actually giving the thing away for nothing – the Welsh government has signed up to unleash the company's Office 365 A3 programme on approximately 467,000 kids.

Not that anyone would ever pay list price where nearly half a million potential users are concerned.

Office 365 A1 is, of course, free. However, it is also online only. A3 contains full-fat versions of the likes of Word, Excel and PowerPoint, which can be downloaded via the Welsh government's Hwb Digital Learning Platform.

A Welsh government spokesperson told us: "The agreement with Microsoft starts immediately."

To further entice the kids, the deal also includes the Education Edition of Minecraft, which contains Code Builder to encourage the blighters to get programming. Not quite the same as the hand-crafting of assembler language that this hack remembers from a long-ago youth, but times change.

The Welsh government has also invested in a rollout of FlipGrid, which was snapped up by Microsoft last year. The tech allows students and teachers to post to what are effectively discussion boards, and the thinking is again to get young people familiar with the tools similar to what they might encounter in the workplace.

As well as the all-important Welsh language interface and proofing tools, teachers and learners also get to install Microsoft's finest on five personal devices. So fill your boots, at least until the bean-counters ponder the budget. The spokesperson added: "Funding streams will be reviewed for financial year 2020/2021 as part of the Comprehensive Spending Review."

Students aged 3 to 19 can benefit from the scheme, with schools being expected to deal with hardware deployments. As for access, we were told: "The all-Wales Identity Provider automatically provisions users' accounts based on the school Management Information Systems. Schools have local controls through the Hwb User Management Portal to manage all their accounts."

Wales isn't the first to unleash the might of Microsoft's wares on its students. The Scottish government has had a similar scheme in place since 2014 in the form of its Glow learning environment. A Scottish government spokesperson told El Reg: "Glow is free for all learners and teachers in Scotland and provides access to a range of online tools and services including Microsoft Office 365, Google G-Suite for Education and WordPress Blogs."

A rash of facial tics will spread across Redmond at the mention of G-Suite. Not to worry, though – as well as the freebie online edition of Office 365, Glow also gives access to the Full Monty ProPlus edition.

We contacted the government department responsible for English schools to find out if the Wales deal might be extended elsewhere, but have yet to hear back. ®