Voice services go TITSUP* to round out the week 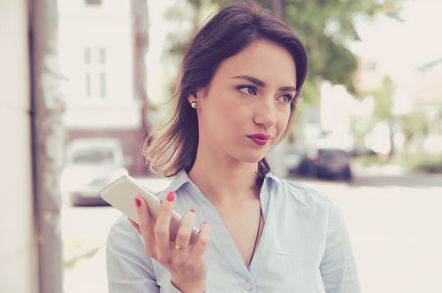 Updated The UK's O2 mobile network knocked off early for the week today as some customers found themselves unable to use voice services.

As is the modern way, customers took to Twitter to vent their collective spleen at the Telefónica-owned communications outfit. Lucky data has kept working then, eh?

Problems started from around 08:30 UK time, and customers such as Claudia, above, remarked on the problem. To its credit, O2's Twitter orifice was quick to respond. However, no amount of network tips or video guides could deal with the issue and later the network admitted that, yup, things had gone a bit sideways. 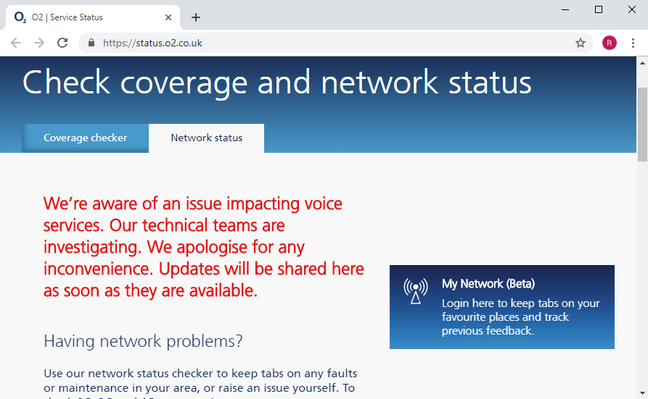 Hello? Can you hear me?

O2's support page confirmed the problem and told us that yes, there was an issue, yes, it was voice and no, not all customers are affected. In our highly unscientific test at Vulture Central we found that our O2 phones seemed to be happy to make and receive calls, although judging by the quantity of wailing on Twitter we are the lucky ones.

A spokesperson gave us the statement: "Our technical teams are investigating reports of issues when some customers are making and receiving voice calls. Data use is not impacted. We apologise for any inconvenience."

O2 customers should be accustomed to occasional borkage. The UK was hit by a spectacular outage last year that left its network with its head wedged in the lavatory bowl after a software issue left it quite unwell.

O2 is part of the Telefónica global telecommunications group and lays claim to around 25 million customers in the UK.

There is no word on when the outage will end. Customers and the weary operators of O2's support account alike will be hoping that a repeat of December 2018's fun and games is not in the offing. ®

😞 Our technical teams are investigating reports of issues when some customers are making and receiving voice calls. Data is not impacted. We apologise for the inconvenience caused. Keep an eye on https://t.co/zH7rxZPO9M

O2 got in touch to tell us the issue has now been resolved. "The problem that some of our customers experienced this morning making and receiving calls has been fixed. We apologise for any inconvenience this may have caused." As for what caused it, the mouthpiece said: "We'll be conducting a thorough review."