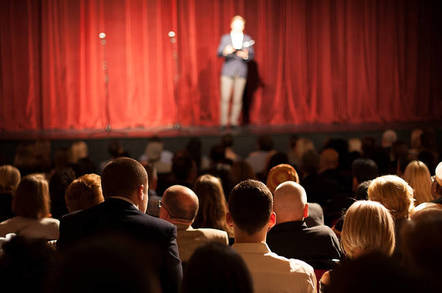 Windows Virtual Desktop has finally arrived, in preview form that is, and three months after the public preview was supposed to have begun.

The virtualization technology, first announced back in September, allows users to run their Windows 10 desktops and apps, along with Windows 7, from one of Microsoft's Azure data centres, rather than have to deal with getting the software running locally.

With the arrival of the public preview, a long line of excited customers will be able to get their hands on the tech and enjoy the delights of single or multi-session machines in the cloud and a choice of anything from the full-fat Windows 10 desktop to the occasional hosted app. Or a Windows 7 session, but more on that throwback later.

Deceptively simple to set up

From an admin perspective, getting the thing working is a case of hopping into the Azure marketplace and selecting a template. Fill in some basic details, including such nebulous settings as a low, medium or high usage profile as well as a number of users, and Azure will go and do its stuff, creating the Virtual Device Infrastructure (VDI) as needed.

Corporate vice president of Microsoft, Brad Anderson, boasted to us in an interview that "we can provision the infrastructure to host that VDI in minutes", which compares well with the hours, days or even weeks it can take via traditional means. Assuming, of course, you fit into one of Microsoft's models.

From a user perspective, things are also simplified, with a new Windows Virtual Desktop client app that looks quite at home on Windows 10, but can also run on the likes of macOS, iOS, Android, through a browser or on Windows 7. Users can fire up a Windows desktop from a gallery there, or launch individual apps from the Start Menu or Task Bar, with only a glyph to indicate that the app isn't installed locally.

Still the best of friends with Citrix

So far, so familiar. The likes of Citrix have, after all, been able to fling virtualized apps and desktops at users via tools such as XenApp and XenDesktop for quite a while now.

Microsoft's take on the tech, however, benefits from some of the tweaks the company has been able to make, including shovelling the tech from last year's FSLogix purchase into the platform in an effort to speed up the likes of Outlook and OneDrive as apps launch. Microsoft has also fiddled with Office 365 Pro Plus in order to take greater advantage of the data hydration benefits afforded by FSLogix.

And on the subject of Citrix, upon whose lawns Microsoft appears to be parking its Windows Virtual Desktop tanks, Anderson would not be drawn on any acquisition speculation, saying only "I've been the executive sponsor for Citrix for more than a decade and so I meet with them quarterly and we spend time talking about strategy. They're a wonderful partner."

Wonderful indeed, and Anderson is quick to point out that Citrix is "less about the protocol and it's more about all the things that they have done to Enterprise to enable remote desktop services and that can all be applied on top of Windows Virtual Desktop."

While Anderson is at pains to defend the noble intentions of Microsoft, telling us "if we didn't have the extension program where Citrix would be adding value on top, then it would be competitive", it is difficult to see how the arrival of Windows Virtual Desktop can do anything but erode the marketshare of the virtualised Windows incumbents.

There is no escape from the virtual Windows experience

Not that users will be too bothered. As well as support for Windows 10, users can also fire up a Swiftpoint mouse to enjoy that full fat experience on an iPad. The wailing of Windows Mobile users, still bemoaning the failure of Continuum, can also be faintly heard – the thing apparently works a treat with Samsung's DeX.

Licence-wise, Anderson told us "it's the only licence available to run Windows 10 in a shared public cloud. And so if you want to run Windows 10 up in the cloud, VDI, on a shared cloud, this is the only licence to do that". He then added: "Windows Virtual Desktop is now included in your Windows E3 licence and your RDS licence. So a lot of customers already own it and they can start using it for free." E5 customers also get to join in the party.

It is, however, not entirely free. You will, of course, be paying for the Azure time those virtual machines are using (although only when in use, if you've configured things correctly). Going multi-session should keep those costs down, as will using reserved instances.

And, for the preview at least, while machines can be deployed in any Azure region, the management and data for them is going to reside in the US East 2 and US Central regions. This may give customers bound by regulations, or worried about data shuffling around the globe, pause for thought.

But is it safe?

Azure has, of course, had a good few wobbles over recent months and years (as have most cloud providers), and with that in mind asking customers to shift from a world of local desktops or on-prem virtualization to something cloudier is a big ask.

Anderson was bullish about the resiliency of Azure – well, he would be, wouldn't he? – and told us that: "It has a high redundancy and so the service itself is built in a way that it is architected to be redundant and to be highly available. Because you know at the end of the day our customers pay us or don't pay us based upon the SLA of that individual service, right?"

Right. Although those same customers don't have a lot of recourse for compensation for lost business. A refund for an hour or so of lost VM time doesn't stack up to the cost of lost business.

Anderson agreed, and told us that one of the things that cost him sleep was "I worry a great deal about the responsibility that we have with the amount of commercial work that operates out of our cloud. If we have a down moment, it's significant."

In words to strike fear into the hearts of engineers used to being hidden behind layers of support staff, he added: "In the old days where support were the ones who were responsible for when there was a situation with a customer, you didn't get the same level of 'I'm gonna go fix that issue', but if you get an engineer and he or she is on the phone at 3 o'clock in the morning, you better believe that issue is gonna get fixed because they don't want to be on the phone the next day at 3 o'clock in the morning."

Microsoft plans to scale things out to all Azure regions, beginning from General Availability in the second half of 2019.

And yes, Windows 7 remains wriggling on a hook to lure hold-outs into the cloudy world of Windows Virtual Desktop. As promised last year, customers willing to move to a cloudier Windows 7 will get an extra three free years of support for the OS after January 2020's cut-off.

As for the lengthy delay between promised and actual public preview, Anderson simply said the company was "Just getting it right."

"You have one opportunity to come out and have that first impression." ®