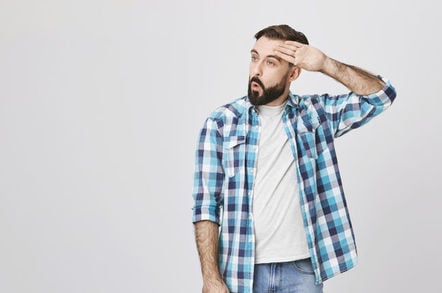 US chip slinger Micron has said that the end of memory oversupply issues is in sight, and demand for DRAM silicon will begin growing again later this year, especially in the cloud and data centre markets.

The company shared the good news on Wednesday as it reported shrinking earnings in its second quarter of fiscal 2019, ended 28 February. DRAM revenue was down 28 per cent year over year, while NAND revenue fell 2 per cent.

President and CEO Sanjay Mehrotra spoke of a "challenging industry environment" in the earnings call, and said: "although we expect industry headwinds in the near-term, we continue to grow and diversify our product portfolio, improve our cost competitiveness and lay the foundation to emerge stronger, both financially and operationally, from this environment."

He added: "We expect further progress on cost reduction this fiscal year, including healthy year-over-year cost declines in both DRAM and NAND."

At the end of last year, a glut in the DRAM market, primarily caused by low demand for consumer devices and the dearth of low-end Intel CPUs, caused both prices and shipments for memory chips to decline.

Earlier this month, DRAMeXchange said that the prices of DRAM silicon saw their largest decline in nearly eight years, with costs falling by nearly 30 per cent.

"Since our last earnings call, DRAM pricing weakened more than expected," Mehrotra admitted. "However, as we discussed on our last earnings call, we still expect DRAM bit shipments to begin increasing in our fiscal Q3, with demand growth strengthening in the second half of calendar 2019 as most customer inventories are likely to normalize by mid-year."

Micron reported $5.84bn in overall revenue for Q2, beating analyst expectations. This was an improvement on the previous quarter, which missed estimates, but a far cry from its nine-quarter growth streak that ended in November. Revenue was considerably down from $7.91bn reported for the previous quarter, and $7.35bn for the same period last year.

The company said it expects revenue between $4.6bn and $5bn for fiscal Q3, so it will get worse before it gets better.

While the market is recovering, Micron has adopted measures to reduce its production output, but has stopped cutting its capital spending, which remained at $2.4bn for the quarter.

"We expect that our NAND bit supply growth in calendar 2020 will be below industry demand levels, and we plan to utilize our cost-effective floating gate inventory position to meet customer requirements," Mehrotra said.

The second quarter brought net income of $1.62bn, down from $3.3bn in Q1, and the company managed to generate nearly $1bn in free cash flow.

As for upcoming technologies, Mehrotra said Micron was "making good progress" on fourth-generation 3D NAND, which will use the company's replacement gate tech, rather that more traditional floating gates.

Over the course of the quarter, Micron continued with its $10bn share buyback programme, purchasing 21 million shares of its common stock for $702m.

The quarterly report has sent Micron shares up over 8 per cent on Thursday morning – the price jumped from $40.13 before the results were announced to $43.52 at the time of publication. Though these results might look underwhelming, the company performed better than many in the industry had feared. And it wasn't just Micron that benefited: its South Korean competitors also saw their share prices increase, 4.3 per cent for Samsung and nearly 7 per cent for SK Hynix.