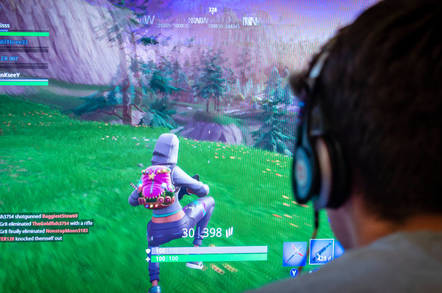 At the Game Developers Conference in San Francisco on Wednesday, representatives of the International Game Developer Association (IGDA) warned that the World Health Organization (WHO) decision to treat computer gaming as a disorder on par with gambling and drug addiction represents a threat to free speech protections.

Daniel Greenberg, the IGDA's chairman for the Committee on Anti-Censorship and Social Issues, said that video game addiction has replaced video game violence as a rationale for censorship.

In 2011, he explained, the US Supreme Court upheld an appellate court ruling striking down a California law that banned the sale of some violent video games to children without parental consent because it violated the right to free speech. The case represented a victory for the video game industry and those opposed to censorship.

That battle is being re-fought, according to Greenberg, under the pretense of protecting people from mental trauma instead of violence.

"The censors who were coming after video games for violence lost in the Supreme Court," he said. "It was a massive loss for them. All their studies [claiming violent video games cause violent behavior] were rejected."

If at first you don't succeed

For a time after the ruling, attempts to censor games stalled, but the idea of gaming addiction has revived the issue. Last year, the WHO recognized excessive video gaming as legitimate health concern by including "gaming disorder" in the 11th Revision of the International Classification of Diseases.

"They're trying to take games out of the classification of compulsions, like shopping or a tendency to overwork [or overeat], and put them into the realm of drug addiction ... and gambling," Greenberg said. "If the APA [American Psychiatric Association] follows suit, then it's going to be a whole new ballgame legally, in the US and around the world."

Why did WHO classify gaming as disorder last year? Greenberg suggested China may have pushed WHO toward that decision to have another tool to crack down on political dissent.

"They [WHO] have said there was some pressure they got from some Asian countries to do it," explained Greenberg. "One theory is that one of these countries was China which has a vested interest in being able to lock up a lot of young kids who are agitating against the government and being able to stamp them as gaming addicts and send them to a rehabilitation camp for gaming."

It should also be said that the IGDA has a vested interest in shielding game developers from regulation.

During the discussion, Brandon Huffman, general counsel for the IGDA and the founder of Odin Law and Media, cautioned that the Supreme Court decision protecting video games from censorship is not as strong as it may seem. Though the decision was 7-2, really only five of the justices fully supported it. Two of them of them qualified their support by noting that future circumstances may require revisiting the decision, he said.

As Huffman described the situation, courts may be more willing to allow censorship if done in the name of mental health.

"If it's about addiction, maybe there's a stronger compelling government interest than there was with violence," he said.

A panelist affiliated with the IGDA who identified herself as Monica (her badge bore a Chinese name we'll omit to protect her from nationalist harassment) and a native of China said the government there is focused on video games because they're interactive and thus hard to control.

"A lot of video games, they focus on the idea of taking action to challenge authority, which is the kind of mindset that the Chinese government is trying very hard not to put in any Chinese citizen," she said.

She recounted how a cousin when he was fifteen was sent to a rehabilitation camp where he was punished physically and mentally for playing too much World of Warcraft.

Monica warned that certain words like freedom, harmony, society and revolution, "these words that I grew up hearing no longer exist [in public discussions in China]." Chinese authorities, she said, are "trying to extend their power so you guys don't have the vocabulary either."

She argues that Chinese authorities want to remove politically sensitive terms from games so no one can agitate for change.

American game companies comply, she said, because they want to make money in China. "But there's a tradeoff," she said. "As a video game developer, it's your choice to give up some profit [in China] or follow the rules and spread the censorship claw around the globe."

Toward the end of the discussion, Huffman summarized Monica's argument thus: "It appears from the macro level that the Chinese government may be trying to use gaming addiction as a way to impose censorship not just in China but through economic power throughout the world."

Despite worries that gaming addiction represents a Trojan horse for censorship, those participating in the discussion – a group that included people at game and cloud companies, industry groups, government organizations, researchers, journalists, and students – acknowledged that the game industry has to engage on these issues because people do play games obsessively, even to the detriment of their health.

A researcher working to get a game to treat ADHD approved by the US Food and Drug Administration observed that if we allow that games can change behavior for the better, we can't ignore the possibility they might be able to have the opposite effect.

Greenberg acknowledged that the industry has to consider these issues, but he suggested parents have to take responsibility for excessive game playing. "If parents won't be parents, it's not incumbent on other industries to be parents for them, but it is important for all industries to take their responsibilities seriously," he said.

It's important. It just doesn't happen as often as it should. ®