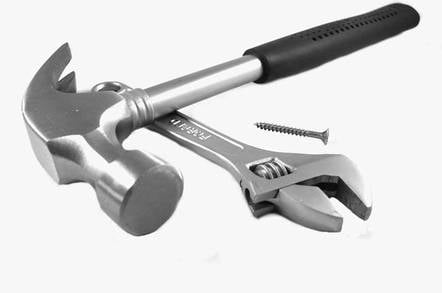 Microsoft has booted out a Postgres GUI for those moments when the command line is just too scary.

Azure Data Studio received a preview of support for PostgreSQL last night. Its stablemate, Visual Studio Code, has been given a corresponding extension.

The thinking has been that while users may be used to hacking away at the psql command line, something a little more visual can often be a delightful palette cleanser. Or simply a less intimidating way of getting users acquainted with the database.

Users are spoiled for choice these days when it comes to graphical tools. DBeaver, for example, has done a sterling job of wrapping a variety of popular databases up in a cuddly-ish front-end – and if PostgreSQL is your thing there is always the venerable pgAdmin.

As with many things in the open-source world, devs will have their own personal preference and be terribly passionate about it.

Microsoft's foray into the PostgresSQL GUI world can now be added, and with the cross-platform, open-source VS Code proving popular among developers, having the functionality accessible through an extension will appeal to many.

Connecting to databases is simple enough, and the server can be on-premises, lurking in a VM or exposed as a service by a cloud provider (Microsoft has not insisted on Azure).

Disappointingly for VS Code users, the connection has been set up for a default port and requires tinkering with configuration files if you've opted for something different. This is preview code after all.

Once in, servers may be grouped and database objects viewed via an explorer-type navigator, as one would expect. Azure Data Studio has also come equipped with a terminal, so devs can always drop into psql if needed.

The query editor, while not as complicated as some, includes IntelliSense's context-aware code completion and allows developers to jump to the definition of objects.

In an entirely unscientific test, I took Azure Data Studio out for a spin and, having installed the preview extension, pointed it at a locally running PostgreSQL server.

Generally, performance was good and having the database objects navigable within the GUI was handy. It was clearly not as full-featured as some alternatives, but it was quick and easy to get into. Users expecting a full-on administration experience will be disappointed, but as a quick query tool it is an admirable first effort.

It is also very, very preview and I'd advise against letting it loose on anything production-like just yet.

The gang are keen to get the community involved, and that default port issue? Already in GitHub. ®