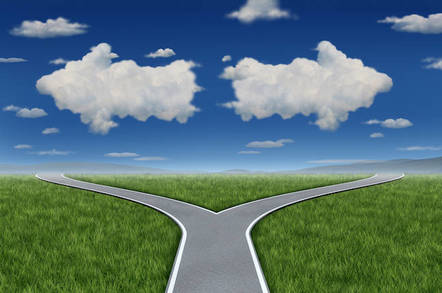 In an effort to keep code for the Elasticsearch project untainted by proprietary bits, Amazon Web Services (AWS) on Monday released a downstream distribution called Open Distro for Elasticsearch that the company promises is "100 per cent open source" under the Apache 2.0 license.

Elasticsearch is an open source distributed search and analytics engine and it's used by large organizations like Adobe, Cisco, Netflix, and Sprint, to name a few. It has also become polluted with code of uncertain disposition, or so AWS insists.

"Unfortunately, since June 2018, we have witnessed significant intermingling of proprietary code into the code base," explained Amazon Web Services VP Adrian Cockcroft in a blog post.

"While an Apache 2.0 licensed download is still available, there is an extreme lack of clarity as to what customers who care about open source are getting and what they can depend on."

According to Cockcroft, the release notes and documentation fail to clarify what's open source and what's not, leaving enterprise developers to face the possibility that they might inadvertently start working with code that could pose financial or legal problems down the road.

AWS has thus stepped in to ensure its customers can keep running Elasticsearch without concerns that might interrupt their billing cycle, as it did for the OpenJDK with Amazon Corretto.

Jeff Barr, chief evangelist at AWS, insists the Open Distro for Elasticsearch isn't a fork. "We will continue to send our contributions and patches upstream to advance these projects," he said.

But if AWS makes changes to the downstream code and the Elasticsearch project fails to incorporate them, AWS is still left holding a fork.

Stephen O'Grady, co-founder of consultancy Redmonk, which counts AWS and MongoDB as clients, expressed skepticism via Twitter. "If it walks like a fork, however, and quacks like a fork, I'm not sure what to call it other than a fork," he said.

The Register asked Amazon to elaborate on how its fork is not a fork but we've not heard back.

While Cockcroft says the move demonstrates AWS' support for open source, many open source projects claim they don't get enough support from AWS and other cloud providers. Projects like Confluent, Redis, MongoDB and Neo4J have spawned commercial companies and those businesses bristle that cloud providers profit from their code without giving back. So some have modified the licenses on certain project components in an effort to prevent cloud providers from cutting them out of the revenue loop.

Carving out a profitable proprietary space via non-open source license hasn't worked out very well for the handful of companies that have tried it recently. Red Labs dropped the Commons Clause license it adopted last year for Redis Modules and replaced it with the Redis Source Available License. And MongoDB's adoption of the Server Side Public License prompted AWS to launch AWS DocumentDB.

In a phone interview with The Register, open source pioneer Bruce Perens said the ability to fork a project is a fundamental part of open source. "I think forking is healthy for the ecosystem," he said.

While companies developing open source software may find it has become more challenging to make money now that large cloud providers can offer the same software for less due to their economies of scale, that's not really a concern of the open source movement.

"Open source does not guarantee that you can make money," said Perens. "And that's the problem that Redis, MongoDB, etc. are all facing right now." ®