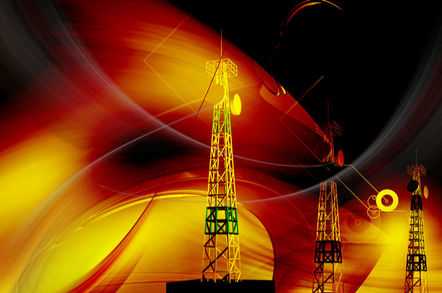 EU plans to ban the sale of user-moddable radio frequency devices – like phones and routers – have provoked widespread condemnation from across the political bloc.

The controversy centres on Article 3(3)(i) of the EU Radio Equipment Directive, which was passed into law back in 2014.

However, an EU working group is now about to define precisely which devices will be subject to the directive – and academics, researchers, individual "makers" and software companies are worried that their activities and business models will be outlawed.

If the law is implemented in its most potentially harmful form, no third-party firmware could be installed onto something like a home router, for example.

Hauke Mehrtens of the Free Software Foundation Europe (FSFE) told The Register: "If the EU forces Wi-Fi router manufacturers to prevent their customers from installing their own software onto their devices this will cause great harm to the OpenWrt project, wireless community networks, innovative startups, computer network researchers and European citizens. This would increase the electronic waste, make it impossible for the user to fix security vulnerabilities by himself or the help of the community and block research which could improve the internet in the EU."

It appears that the EU's goal is to take greater control of RF devices operating in or near the Wi-Fi bands at 2.4GHz and 5GHz, to help stop spectrum overspill and interference on neighbouring frequencies.

Max Mehl, also of the FSFE, claimed the group had applied to be part of the working group in charge of implementing the law, only to be told to go away.

It is not only the FSFE which is concerned at the prospect of a ban on radio tinkering, however. Belgium's Mobile and Wireless Forum – which counts Apple, Cisco, Ericsson and Motorola as members – argued in its response to an EU consultation exercise about the regulation that "only software affecting the compliance of the radio equipment in which it is downloaded is to be taken into account", and begged the European Commission to opt for industry self-regulation (ie, the status quo) instead of a full ban.

Well-known audio manufacturer Shure chipped in to support industry self-regulation, saying: "Shure wholeheartedly supports this approach, as the other Options will impose an undue burden on Shure and other PMSE [programme making and special events equipment] manufacturers."

"It does seem a bit crazy when the builder market is driving IoT innovation," added Reg reader Colin Simpson, who first pointed out to us the kerfuffle over the directive's implementation. "Another issue is it says 'No specific or major impact on the environment is expected at this stage of the analysis', which is just plain wrong! Replacing firmware on devices allows devices to be kept useful long after the manufacturer has lost interest in them. So this could well lead to more electronic waste."

The EU's London press office had not responded to The Register's invitation to comment by the time of publication. ®