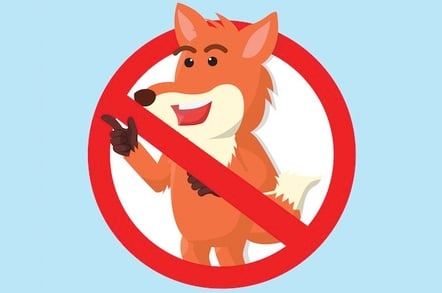 Good news, everyone! Now you can shout "Hello? Can you hear me?" at Skype on the web just as if you were using the app.

Unless you want to use something other than Chrome or Edge.

Having spent a few months in preview, the new-and-improved version 8 desktop-alike Skype for Web has gone live. Depending on how you feel about the current Skype interface, the web incarnation either looks impressively or distressingly like the rich client experience.

The update – which features HD video, notifications and the gallery of its desktop cousin – requires Google Chrome or Microsoft Edge running on Windows 10 and macOS 10.12 or higher.

A bit unfortunate for Linux fans, those not in the vanishingly small group of Edge users, or those simply giving Google's products a wide berth.

Of course, with a bit of userstring tinkering, Skype can be persuaded to come up on unsupported platforms. By instructing FireFox 65.0.2 to don a pair of Edge specs or a comedy Chrome moustache, we were able to log in and use the messaging functionality with little difficulty. Anything else (like video calling, for example) did not work quite so well.

Which is fair enough – Microsoft is clear in what is supported and what is not. We can't help thinking, however, that extending messaging over all browsers and simply dropping the trickier video and audio for non-Chrome and Edge users would have been better.

We took the web client out for a spin on a supported platform and, after the usual niggles in getting audio and video to actually work (good to see the desktop experience replicated), we were impressed by the quality. In our highly unscientific test (using Edge), the clarity of video was easily as good as the desktop version.

Other desktop features, such as OneDrive sharing, are sadly missing. You can, however, record video... for those "special moments" in front of a browser.

For a product supposed to connect people, it is disappointing that other browsers are unsupported at present. After all, the last web client also started out supporting FireFox and Safari - "whichever browser you prefer".

Judging by the Skype forums, Skype Classic users who have made the move to 8 know all about features going AWOL between versions. ®

Skype Classic headed for the chopping block on September 1

You will learn to love version 8, whether you like it or not