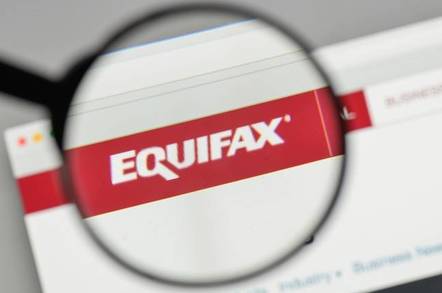 Credit-rating monitor Equifax ignored years of warnings and red flags before it was thoroughly ransacked in 2017 by hackers, who made off with the personal information of roughly 150 million Americans, Brits, and Canadians, according to another congressional probe.

An investigation [PDF] by the US Senate Committee on Homeland Security and Governmental Affairs found that the credit agency was negligent in both the periods before and after it was hacked. The publication of the committee's findings this week follows a similarly scathing report issued late last year by House reps.

According to the Senate panel, Equifax staff knew their systems were not tightly secured and open to attack in 2015, yet failed to properly secure their networks, and were eventually pwned two years later via a hole in an Apache Struts 2 installation – a security hole that a patch was publicly available for but had not been deployed.

The senators report painted a sprawling picture of the information-security dysfunction at Equifax in the lead up to the database breach, including a lack of communication among the security team. The admin in charge of the Struts application was not included on the security mailing list, and senior managers from the security teams did not attend monthly meetings that would touch on vulnerability risks.

As a result, the report noted, Equifax wasn't able to patch the Struts vulnerability until August of 2017, one month after the data theft had occurred. Even when patches were in place, the committee noted, the process was chaotic and disorganized.

"Equifax’s system for vulnerability scanning was a global process that was disconnected from the company’s regional patch management process," the study stated. "Equifax’s former Director of the global threats and vulnerability management team told Subcommittee staff that in some cases, patching was regional, and some cases it was global."

The patching problems were not a new phenomenon, either. Back in 2015, an internal audit found that Equifax had thousands of unpatched vulnerabilities in its internal software.

"The audit revealed that Equifax did not fix vulnerabilities in a timely manner," the senators stated. "For example, there were “over 8,500 [sic] medium, high or critical vulnerabilities existing with a large percentage of those being over 90 days outstanding."

Not surprisingly, the company that the committee declared "negligent" in its handling of cyber security was also scolded for its response to the massive data theft. The report once again pointed out how an expired SSL certificate in a network traffic monitoring device prevented Equifax from detecting and discovering the breach for months, and how the company waited six weeks to provide the public with any information.

Now, the committee is recommending that Congress take steps at the federal level to prevent such security disasters from ever happening again. The senators urge legislators write up and pass laws that would require companies to take basic security precautions, and follow a set process for notifying customers.