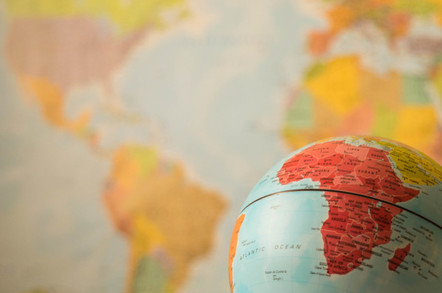 With Premium Blobs, Azure DevOps Server and a new Africa Azure region, Microsoft has spaffed out cloudy goodness like a Roomba in reverse.

Blob storage in Azure is a flexible thing. It is unstructured and can scale up and down as needed. It can be immutable. You only pay for what you use. Heck, you can even decide where the data lives – the hot access tier for active data, cool access for the likes of short-term backups, and the archive tier, which may as well be offline due to the potential hours-long latency.

And that latency is the problem. Blobs just aren't that quick, even in the hot access tier.

Microsoft acknowledged this back in 2018, ushering well-heeled Blobs into the world of Premium Storage. During a demonstration at Microsoft's Ignite 2018, the company showed off the functionality, which unsurprisingly showed the Premium option was an order of magnitude better than standard Blob storage. List Object performance was clocked at around 2.5x faster on the same 100,000 64KB objects.

The Azure team made Premium Storage generally available back in 2015, but Blobs were sadly left out of the party back then.

After a period in private preview, the doors have now been flung open on a public preview for the technology, which will see Blobs requiring high transaction rates and low latency taking up residence on SSDs.

However, thought is required when picking storage for a Blob. As well as only being available in locally redundant storage (so no zone or geographic redundancy right now) the Preview costs 6.7p a month per GB compared to 1.6p per GB for Hot Blobs.

As promised, the venerable Team Foundation Server (TFS), Microsoft's on-prem source code manager and DevOps pipeline wrangler, has been given a pasting with the rebranding brush and is now known as Azure DevOps Server 2019.

The product is aimed at developers reluctant to throw their code at the cloudier Azure DevOps. The Server version can be installed locally, meaning admins can pick and choose when to install updates and how to manage the thing. Microsoft would, of course, dearly like to take care of all that for you but as users of Azure DevOps' predecessor, Visual Studio Team Services (VSTS) can attest, things can occasionally go horribly wrong.

So, on-premises it is then.

The new server inherits the new navigation experience from Azure DevOps (in case, you know, you might want to migrate to the cloud or something) as well as a raft of new and updated features including support for Azure SQL Database, new hubs for Work Items and Queries and the ability to link GitHub Enterprise commits and pull requests to those Work Items.

It is, alas, the last version to feature SOAP APIs for accessing Work Item Tracking (WIT) and Tests. Microsoft warned that the end was coming back in 2018 and with the next version, due in 2020, only the REST interface will remain.

Doubtless many admins will be too busy flapping about the end of Windows 7 support by then to notice.

Microsoft stole a march on its cloud rivals as it celebrated the opening of new cloud regions in Cape Town and Johannesburg in South Africa.

The Azure team is the first global provider to deliver cloud services from data centers on the continent, with kind old Microsoft citing it as "the latest example of our ongoing investment to help enable digital transformation and advance technologies such as AI, cloud, and edge computing across Africa".

Microsoft also pointed to an IDC study claiming that spending on public cloud services in South Africa is due to triple over the next five years, which likely played a factor in the company's largesse.

The data centres will eventually deliver the full fat Microsoft Cloud, although right now it's Azure or nothing. Office 365 should come in the third quarter of 2019 and Dynamics 365 will follow in the fourth quarter.

Google Cloud remains conspicuously absent while Amazon has a region planned. A spokesperson for the cloudy book flinger told The Register that "the AWS Africa (Cape Town) Region will open in the first half of 2020" and "will consist of three Availability Zones, made up of multiple data centers".

And Google? A mouthpiece told us: "We don't have any news to share at this time."

Microsoft's move is likely unrelated to the never-ending (at least until the sand starts interfering) performance of Toto's 1982 hit "Africa" deep in the Namibian desert. More's the pity. ®