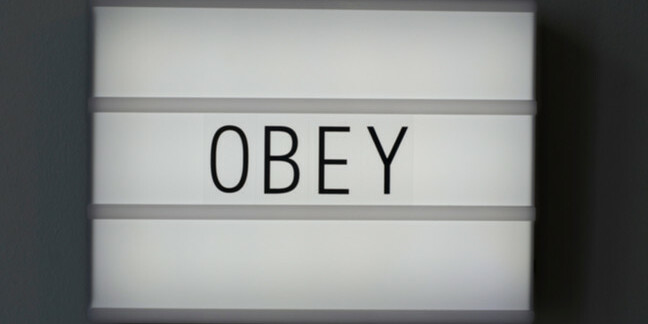 A long time has passed since a Nokia executive compared adopting Android to a boy "peeing in his pants" in the snow to keep warm*. Nokia's current custodian, HMD Global, now wants to be Google's spearhead in getting businesses to buy Android en masse by being as faithful as possible to the master.

The point Anssi Vanjoki, then executive VP and head of Nokia's phone business, was making back in 2010 was that any relief was temporary. If Nokia adopted Android, it would lose its ability to differentiate itself from everyone else who had done the same.

Today, HMD views conformity as an asset, not a liability. By diverging as little as possible from Google's guidelines, HMD reckons it'll sell more phones.

And there are signs it's working. A surprising 10 per cent of Nokia phones sold in Western Europe are sold into enterprises. Since Nokia claims No.5 spot in Europe, that's a significant number.

Andrej Sonkin, GM Enterprise Business, HMD Global, attributed it to rapid software updates – something top-tier Android OEMs have struggled with. Nokia has shipped 234 patches to its phones since launching its Android comeback two years ago. That's something only Google's own Pixel range can match.

"Companies can decide when they upgrade. They know they're entitled to a major platform upgrade and that there's consistency across devices," Sonkin told us.

Sonkin can claim SAP and Yorkshire Bank as bulk buyers and boasts "a 100 per cent retention rate" so far.

All the patches are publicly documented. Monthlies are a promise BlackBerry made when it launched its first Android phones in late 2015, but it has at times struggled to maintain the commitment. Nokia promises three years of security updates, delivered within 90 days, and two years of monthlies.

Being boring is central to the strategy. While the proud old Nokia went its own way – it was developing its own Linux-based smartphone OS when Vanjoki dismissed Android in 2010 – it's now even sacrificed the "squircles". HMD's relationship to Google is similar to Dell and Wintel 20 years ago: they want to be the reference platform, with as little divergence as possible, which makes rapid patching easier.

Enterprises demand consistency, as Sonkin said, and a bit of choice too. HMD has 20 phones in Google's Android Enterprise Recommended scheme – which proves support for enrollment and management features.

The enterprise boss said cost-conscious businesses were keen on the Android Go programme, the "Poundland" edition intended to bring predictability to phones sold in Wild West emerging markets. Go compliance also requires developers of bloaty apps like Instagram and Facebook to create lean and mean versions. You can see why that's popular. ®

The old Nokia did eventually yield, launching phones based on a low-cost Android platform six months after the Microsoft acquisition was announced. This was a non-Googley Android, built on AOSP, with its own App Store and API, so it didn't access Google services. Those phones are collector's items now.