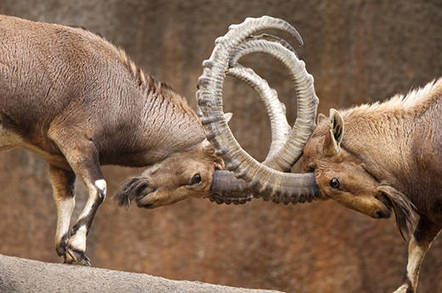 Analysis An effort in Congress to end the United States' net neutrality nightmare appears to have fallen apart before it began.

Last month, Republicans vowed to find a bipartisan path to resolve critical questions over what ISPs are allowed and not allowed to do with people's internet connections.

But today, House speaker Nancy Pelosi (D-CA) effectively blew up that approach by announcing Democrats will introduce their own net neutrality legislation this week.

Just about everything in Pelosi's announcement – from the name of the proposed Act, to its stated intent – makes it plain that any solution to net neutrality will not happen in this Congress.

Democrats, who control the House, will introduce the "Save The Internet Act" on Wednesday, and the proposed legislation's main goal will be to reimpose FCC rules introduced in 2015, Pelosi said in her open letter to fellow lawmakers. Those net neutrality rules were installed under the Democratic Obama administration, and then repealed under the Republican Trump administration.

Pelosi's approach will be a non-starter for Republicans, who still control the Senate, and a sign that lawmakers prefer bashing their heads together and delaying progress until some mythical future when their party controls all arms of government, as opposed to finding compromise solutions.

The likelihood of a successful bipartisan agreement was already low, when Republican plans for three net neutrality bills that were claimed to be "realistic avenues to consensus," and would prevent ISPs from blocking and throttling traffic, ran into immediate scorn from net neutrality advocates even though the details had not been released.

In a sign that the problem has become deeply entrenched, a letter from Republicans leaders to Democrats urging for a bipartisan approach spent as much time pointing out the likelihood of it not working as the benefits of working together.

"We ask that you reject the special interest groups who insist in Title II or nothing," the letter [PDF], sent on February 21, read: "Their approach will not lead to bipartisan legislation that the President would sign into law."

But any hope that Congress would work against such tribalism, and find a compromise solution to what has become a ping-pong issue at the federal regulator, the FCC, likely died with Pelosi's proposal to introduce competing legislation.

The biggest problem – and the reason that the net neutrality issue has become so intractable – is that underneath all the details about what should and should not be allowed to happen with people's broadband connections is a fundamental legal question: how do we legally define internet access?

Currently there are two options: as a "Title I" information service where companies are given significant leeway in what they can do and charge for internet service; or as a "Title II" telecommunications service, like the telephone network, where the internet is viewed as a utility and ISPs are subject to a host of tight rules.

Any law covering net neutrality and internet provision has to define it as either Title I or Title II in order to give it a legal foundation: previous efforts to introduce internet access rules that weren't grounded in either were challenged and ruled unlawful by the courts.

The problem is that not only are both these legal definitions inappropriate for internet access since they were defined in earlier non-digital eras, but so much else has been built on top of Title I and Title II over the years that either definition brings with it a whole host of other implications.

As just one example: if an ISP wishes to roll out a new super-fast fiber network, it will almost certainly have to offer a telephone service, whether its customers want one or not, because that is likely to be the only way the company gains the legal authority to add new equipment to physical poles or dig trenches in the ground. That means it would fall under Title II when really it would like the flexibility of Title I.

America's telecoms industry has long-since gamed the current rules to its benefit, creating a nationwide network of local monopolies that not only maximize profits but also provide high barriers to competition. As such, any change in those rules will be fiercely opposed by the largest companies in the market. And short of a nationalized internet network – something that will never fly in the United States – there is little choice but to recognize the clear concerns of a market's biggest players.

On the flipside, there are those concerned that if internet provision became a utility, it would be subject to more and more regulations over time and kill off innovation in what remains a fluid market.

Moreover, Big Cable has been politically savvy in using partisanship in Washington DC to its advantage, cleaving a divide between the two parties by using touchstones like "innovation" and "over-regulation" to argue against proposals. From that point, the divisive politics of people like Pelosi has done the rest.

The actual solution is to create an entirely new definition of telecommunications – a new Title – that reflects the reality of the internet as both a utility and an information service. Internet access is both essential to modern life (it's a utility) and enormously flexible and interactive in its usage (an information service), so neither currently model works. And that isn't going to change.

But Congress isn't about radical efforts to carve a new path for America's future: it's about zero sum games and trench fighting. Until that changes, legislative efforts to fix net neutrality are doomed to failure. ®