So close yet so far: Pure fingers manufacturing balls-up for leaving firm $20m wide of its target 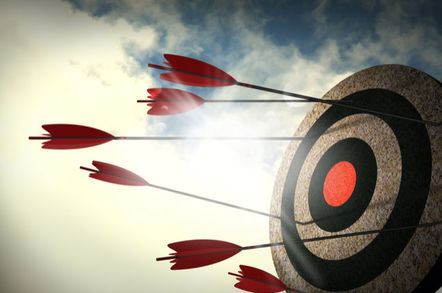 Pure Storage's Q4 fiscal '19 revenues of $422m missed its own guidance by around $20m due to a manufacturing balls-up and customers preferring subscription to license deals.

The sales haul represented year-on-year growth of 24 per cent for the three months ended 31 January, but this was way lower than the 34 per cent bounce Pure reported in the same period of the prior year.

That affected full-year revenues, which had been forecast as $1.365bn at the midpoint, and subsequently raised to between $1.376bn and $1.384bn. The actual sum fell short of both.

CEO Charles Giancarlo said in the earnings call that Pure missed the mark because of two unexpected events. "There was a process breakdown at one of our contract manufacturers," he said, resulting in orders not shipping, and then more customers than expected chose the ES2 subscription service over licence sales, which brought in less revenue in the quarter.

The contract manufacturer foul-up caused the majority of the $20m shortfall from the quarter's revenue guidance.

It's ironic that both Pure and Nutanix, the standout storage IPO successes of recent years, have tripped up in the same quarter and both have blamed unanticipated events, with a switch to subscription revenues a common theme. ®