Happy graduation day, Containerd! Canonical has something for you

Support due in Microk8s and Charmed Kubernetes 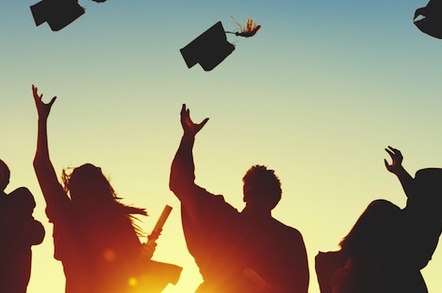 Canonical has announced support for Containerd in its upcoming 1.14 releases of Charmed Kubernetes and Microk8s on the same day that the Cloud Native Computing Foundation (CNCF) stamped "Graduated" on the container tech.

Canonical said the release will improve the "security and robustness" of its container range but will carry on supporting the good old Docker runtime in its Kubernetes lineup. It will also leave the tech alone during upgrades – Clusters will stick with whatever runtime was originally chosen rather than enduring a forced update.

Containerd has its origins, unsurprisingly, in Docker, where development kicked off back in 2014. The tech was initially envisioned as a lower-layer runtime manager for the Docker engine before being accepted into CNCF in 2017, becoming what the organisation modestly described as "an industry-standard container runtime focused on simplicity, robustness and portability".

Now Containerd is all grown up and flinging its mortarboard into the air as it joins alumni such as Kubernetes and CoreDNS in becoming the fifth project to have graduated.

Quite the vote of confidence. Although you'll have to wait until 1.14 of Charmed and Microk8s to try it out. At the time or writing, the stable release of Microk8s stands at 1.13.3.

Canonical is not alone in the embracing of Containerd. Dan Berg, of IBM's Cloud Kubernetes service, is also a fan. "Moving to Containerd has helped to simplify the Kubernetes architecture that we configure and manage on behalf of customers," he said.

If Linux isn't your thing, the daemon will also cheerfully run on Windows, managing the complete container lifecycle of the host system, from image transfer and storage to container execution and supervision.

As for when the likes of Canonical's Microk8s will hit 1.14, the stable channel should see an update a week after the Kubernetes team itself punts out 1.14. The Kubernetes release is currently scheduled for 25 March, and the team emitted 1.14.0-beta.1 last week.

Devs keen to get their hands on the latest toys can, of course, hop on the candidate or beta for an update within hours of an upstream release. Otherwise, sticking with the default stable snap channel would seem prudent. ®

Mining apps? We're cool so long as they admit to it, says Canonical

Canonical steps up to the NexentaEdge, jumps aboard OpenStack

Exclusive Shuttleworth: 'No part of the business had sacred cows'