I say, that sucks! Crooks are harnessing hoovers to clean out parking meters in Chelsea

£120,000 literally slurped from council coffers over past year 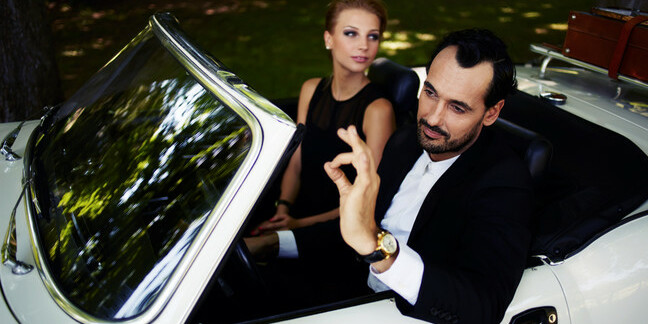 Fenton! Evangeline! Remember to pay by phone if you're leaving your car there, darlings

The Toff-tastic West London borough of Kensington and Chelsea has recommended that Hugo and Caggie stop paying to park their Bentleys with cash – because hoover-hauling hoodlums are sucking coins out of the meters.

The local authority told the BBC that £120,000 has been slurped from the machines over the last year alone, and the trusty vacuum cleaner is the thieves' weapon of choice.

Judging by the snap in the broadcaster's report, the gangs cut a suitably nozzle-sized hole in the side of the pay machine then suck out the shrapnel.

Less refined crooks simply plough their cars into the meters or crack them open with sledgehammers to get to the lucre inside.

"We have gangs stalking the streets and smashing their way into machines to suck the cash out," Cllr Will Pascall said.

Before you shower praise on these vacuuming villains for robbing not only the filthy rich but also the widely detested practice of extortionate parking fees, note that the council does not believe the takings are going anywhere good.

"We also now know from local police that this is funding further criminality in London, from drugs and trafficking to possibly violent crime," Pascall added.

"It is a trend we need to stop and motorists going cashless is one way we can help tackle this."

Not that Tarquin should have a problem doing so – even his humble Porsche-branded Huawei Mate 20 (to match the motor) is capable of firing the £4/hour fee off to the council.

So, Euripides. If you see a shifty chap dragging a Henry down the Kings Road, hold on to your pennies – he's probably not being paid to clean Peregrine's shag pad. ®

Julian Assange tweets his delight, but nothing on his promise to visit the USA

Chelsea Manning sentence slashed by Prez Obama: She'll be sprung in the spring

Pack your bags Julian, you're off to America, right?

140 characters per message, for 35 years or less