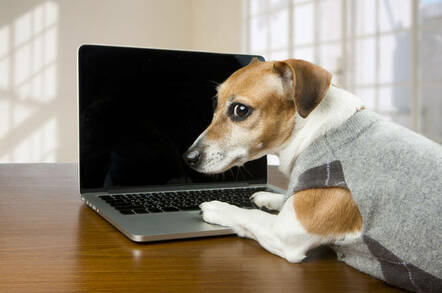 America's consumer protection watchdog, the Federal Trade Commission, has created a task force to dig into whether the tech industry has engaged in anti-competitive behavior.

The monopoly-abuse-busters will contain more than a dozen lawyers from the FTC's Bureau of Competition, along with a technology fellow who will "provide important technical assistance and expertise to support the task force's investigations," the federal regulator announced this week. The team will probe around "online advertising, social networking, mobile operating systems and apps, and platform businesses," among other high-tech sectors.

The decision to create the task force follows more than a year of calls for the US government to dig into widespread concerns over the power and activities of Silicon Valley giants, most notably Google and Facebook, and it will "closely examine technology markets to ensure consumers benefit from free and fair competition," FTC chair Joe Simons said.

The task force is modeled after the FTC's Merger Litigation Task Force, created in 2002, which focused on the impact of mergers in the retail and healthcare industries. As such, the new task force is also likely to structure its work around past mergers in the tech industry.

Director of the FTC's competition bureau Bruce Hoffman refused to give details of any specific planned investigations, but did note that if a completed merger is found to have harmed competition, the regulator would use its "full panoply of remedies" to correct the issue.

And in what was clearly a preemptive response to the most common criticism leveled at the FTC – that it is a toothless watchdog that only ever fines vast corporations tiny amounts of money – Hoffman noted that the regulator is in a position to break a company up or require it to spin off specific parts of a business as a new company, if it finds competition has been harmed.

But in the same breath, Hoffman downplayed the likelihood of action, stressing that the FTC can still "learn a lot" if it investigates but doesn't bring an official action. That knowledge could be useful in reviewing future mergers, he noted.

Or, in other words, the FTC still doesn't have sufficient authority or backing to actually force change on the tech industry but it might be in a position to limit future abuses by objecting to future mergers.

Facebook and Google are presumably preparing for some vigorous sucking on their toes by the regulator. ®