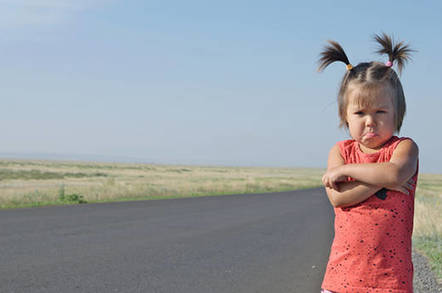 In a remarkable effort to avoid future lawsuits, Apple will close two of its retail stores in east Texas and reopen them at a new location a few miles down the road – where they will no longer be subject to a patent-friendly court.

The iGiant has two retail stories in the Eastern District of Texas, one of four legal districts in the US state, but has decided to close the shops and move to a new location less than ten miles away in the outskirts of Dallas. All employees at the current branches will be offered their same jobs in the new location.

The logic to this is that if Apple does not have a corporate location within the Eastern District it will be able to argue that any lawsuit against it should be relocated to a different district.

Texas' Eastern District has become a favorite location for patent holders, both legit and trolls, because of what are perceived to be patent-friendly judges in the judicial area. But more importantly it is the location for Apple's largest and most frustrating patent loss: against VirnetX.

Apple is so infuriated at having repeatedly been found to have infringed VirnetX's patents that it redesigned its entire FaceTime system to get around the relevant patent and even cut off existing customers from the video-conferencing system if they didn’t install its "update." And then it lied to them about what had happened and why: there's a class action lawsuit over that one.

As things stand, Apple has appealed the VirnetX decision for an extraordinary fifth time, having lost the case over and over again in the courts before finding some legal technicality to get it reheard again. It first lost the case in East Texas in 2012 and was ordered to pay $386m; it has since dragged the case out so long that the interest it has accumulated while appealing and refusing to pay the fine has hit $93.4m.

Apple files yet another appeal against $503m FaceTime patent payout

On one level the decision to move doesn't make a whole lot of business sense: its current locations are prime spots in a growing market. And its new store is close to another two Apple stores. But when an upset Apple exec doesn't get his way, all the toys come out the pram.

What makes the move all the more ridiculous is that for it to make financial sense Apple would have to be sued for patent infringement in future, and lose. And that implies that somehow the Eastern District exists in its own special world. It doesn't. Patent experts say it is just as likely that the Northern District – which is where the new store will be – will decide against Apple in a future patent case.

Even for Apple this is a laughably silly move carried out just because it can afford to do so and its fragile ego has been bruised. Of course the company refuses to admit that the move has anything to do with its lost patent case. Feel free to point and laugh. ®