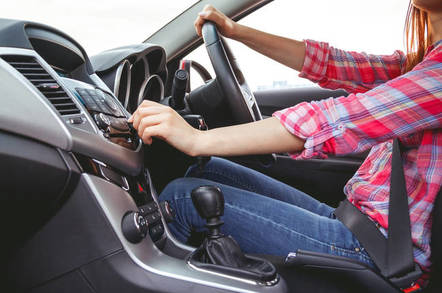 The UK's Driver and Vehicle Licensing Agency (DVLA) is on the lookout for a new CTO to pick up the reins of its modernisatiom agenda.

The role is advertised with a salary of £120,000, and the successful candidate will replace incumbent Dave Perry, who joined the agency in June 2016. Prior to that, Iain Patterson spent two years at the DVLA bringing much of its IT back in-house.

In the info pack for the position, DVLA chief exec Julie Lennard said the CTO will be responsible for continuing this "ambitious transformation programme", part of which is to kick the agency’s reliance on old world tech into touch and move to a component-based architecture.

In 2017, the agency published a three-year IT strategy (PDF) in which it committed to moving off the "majority" of its legacy systems, saying they were "overly complex, costly to run and difficult to change".

It also included plans to cut ICT spend by 40 per cent – a target that Perry indicated had been reached in an October blogpost discussing "innovation and transformation" at the DVLA.

However, the other major goal of shedding legacy systems is not as well progressed; in July 2018, Perry admitted the DVLA was still "a long way off where we want to be", adding: "If you don't believe me, come and see the plan!"

He argued the DVLA had laid foundations "to bring change at the pace required to migrate away from our legacy technology" – but that this had involved some investment in its legacy estate to reduce risks to users.

"Technical change always brings the risk of instability. If we have more change, then we need a more stable starting position to ensure our excellent digital services remain that way," he said.

"We want to be spending time on the changes in hand. If we are constantly firefighting, customer confidence could be affected and our progress could be hampered."

Three months later he reiterated there was still a lot of work to do – but it now appears that work will be left to a new candidate. We asked the DVLA where Perry was headed off to, but the agency has not yet responded.

On LinkedIn, Perry said the job was a "great opportunity for anyone looking to make a difference on a national scale" with an "awesome team".

The job spec called for someone with experience using agile methods, developing legacy retirement plans, and the "ability to drive down costs". They should be able to create component-based architectures, be used to using open standards and cloud native applications, and ensure IT services are resilient and systems comply with GDPR.

The DVLA is working to digitise the services it offers, including online vehicle tax – although this remains in beta – and informing the DVLA about sales or purchases of vehicles. It has even ventured into the world of voice-activated systems.

In a January blogpost, the agency said it was planning to launch "several" new services this year, including the ability to register a vehicle and trailer, and apply for a tachograph card – which records information about driving time, speed and distance – online.

Some of the agency's initial efforts to go digital garnered negative headlines after it was found that moving paper tax discs online meant it collected £400m less tax between October 2014-15, compared with the previous 12 months.

The deadline for applications is 18 March, with assessments and interviews due in the last two weeks of April. ®