Can you tell real faces from fake AI-created ones? It's tough! Plus: Facebook's chief AI scientist talks hardware 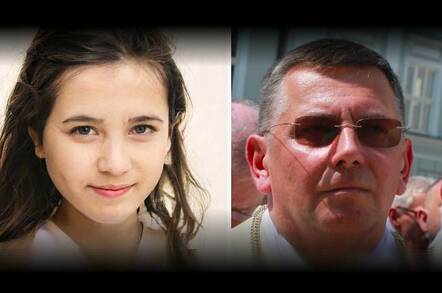 AI test ... Which is real and which is fake?
Answer: The guy on the right is real. Source: whichfaceisreal.com

Roundup It's Monday. It's a new week. The coffee's on. The hangover's over. Let's brighten your morning with some developments from the world of machine learning.

More AI fakery: A seemingly growing number of academics, industry types, and policy wonks are wringing their hands off over the dangers and perils of fake content being pumped out by AI at the moment. Here’s two more websites for everyone to fret over: they show just how realistic neural networks are getting at copying human faces and, perhaps even more worryingly, airbnb adverts.

If you think you can’t be fooled by dumb machines then put yourself to the test with this game that challenges you, in each round, to pick from two side-by-side photos which one is a genuine snap of a human, the other being a computer-generated one.

For the game, Which Face is Real?, like the other website, This Person Does Not Exist, all the AI-crafted images were created by Nvidia’s Style-GAN. Not to boast, but we played it and managed to cruise through, picking the right answer nearly all the time.

However, we came across one example that completely flummoxed us. You’d think that the lady with the different coloured eyes was created by software instead of the more normal-looking guy on the right, but, no, we were wrong. 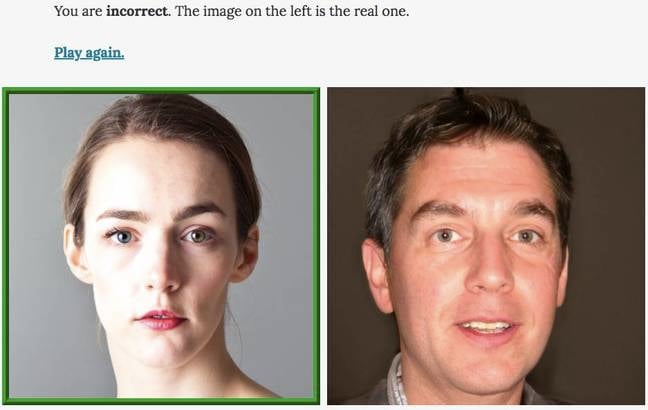 The picture on the left is a real photo, and the right is the fake one made by Style-GAN.

Which Face is Real? was created by Jevin West, an assistant professor, and Carl Bergstrom, a professor, both at the University of Washington.

If that spooked you out, then here’s more AI trickery. Everything on This Airbnb Does Not Exist is completely bogus. All the images and text are, again, forged by StyleGAN.

“None of the pictures, nor the text, came directly from the real world,” said the site’s creator, Christopher Schmidt, a Google engineer. “The listing titles, the descriptions, the picture of the host, even the pictures of the rooms: They are all fevered dreams of computers. It may be that we all need to think a little harder going forward before deciding something is real."

Get ready not for fake news and articles, but convincing fake accounts and profiles, we suspect.

At the moment, most neural networks are trained and ran using GPUs. They’re pretty good at performing calculations in parallel so it’s handy for performing tons of matrix calculations quickly, but they can be quite expensive and aren’t optimised for all model architectures.

LeCun outlines three different types of chips needed for specialised tasks. A chip for training requires rapid speeds so researchers don’t have to wait around for their results, and can tinker with their machine learning code more quickly to finetune the optimum model. Once the neural network is set in stone, it should run on another chip that doesn’t need as much power and is less expensive. If you want to access it via servers, however, then another type of hardware is needed for data centers. Smaller models that can fit onto devices like smartphones require cheap accelerators that can perform on the fly.

“This might require us to reinvent the way we do arithmetic in circuits,” he said. “So, people are trying to design new ways of representing numbers that will be more efficient.”

Self-driving cars also get blinded by the Sun: Autonomous cars being tested in Boston can’t see the colour of traffic lights due to solar glare.

NuTonomy, a self-driving car startup that launched a fleet of pilot taxis in Singapore, admitted that sometimes the “low evening sun and solar glare” make it difficult for its cars to see the traffic lights.

If the sensors can’t detect a green light, human drivers have to take over. NuTonomy said it was trying to solve the issue by adding glare shields and improving the software and hardware.

AI football: Have you ever wanted to train a tiny team of bots to play football? Well, here’s your chance. DeepMind have published code to help set up a virtual environment with the game engine MuJoCo.

A friendly competitive game of football encourages agents to cooperate with one another, apparently. At first they’re pretty clumsy and run around randomly, but eventually they’re able to dribble and pass the ball to one another.

If you feel like testing out your own reinforcement learning algorithms, then here’s the code and a paper, emitted this month, with more details. ®