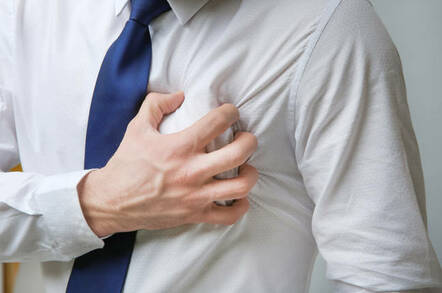 Human rights org the Council of Europe has warned that, without member states taking action, people may not be able to make decisions independently of automated systems because of sophisticated micro-targeting techniques.

The group, which oversees the European Court of Human Rights, yesterday adopted a declaration urging its 47 member states to take action on the manipulative capabilities of algorithmic processes.

The council's decision-making body, the committee of ministers, said the use of machine learning tools could pose risks for democratic societies if they are used to manipulate social and political behaviours.

In particular, it urged serious consideration of the effect of targeted use of "constantly expanding volumes of aggregated data" held on people, saying that the subliminal effects "remain under-explored but cannot be underestimated".

Machine learning tools are increasingly able to "not only... predict choices but also to influence emotions and thoughts and alter an anticipated course of action, sometimes subliminally", the declaration said.

"Fine grained, subconscious and personalised levels of algorithmic persuasion may have significant effects on the cognitive autonomy of individuals and their right to form opinions and take independent decisions," it claimed.

The Council of Europe said that particular attention should be paid to the "significant power" that technological advancements and increased use of algorithmic tools confers on the organisations that use them, whether they are public or private entities.

The declaration emphasised that the private sector must "act with fairness, transparency and accountability, under the guidance of public institutions".

Member states were told to ensure that there are appropriate and proportionate measures to ensure legal guarantees are in place to prevent "illegitimate interferences".

Existing regulatory frameworks should be assessed to make sure they are fit for purpose, and member states should also consider whether to enact additional frameworks "that go beyond current notions of personal data protection and privacy".

These might address the "significant impacts of the targeted use of data on societies and on the exercise of human rights more broadly", the declaration said.

The council put a strong emphasis on the effect algorithms could have on democratic processes, saying states should look at the rules governing political communication and electoral processes to ensure they "safeguard the fairness of elections".

Voters, meanwhile, should "have access to comparable levels of information across the political spectrum, and are protected against unfair practices and manipulation".

Similarly, states were told to increase their citizens' digital literacy, noting that public awareness of the amount of data that everyday devices collect "remains limited", as does the ways in which it can be used. ®

President Trump to his council of industry CEO buddies: You're fired!

Updated Don't worry, Donald – Dell-EMC-VMware-RSA still has your back

Council of Europe gets tough on net neutrality

No blocking, slowing down, degrading or discriminating of internet traffic