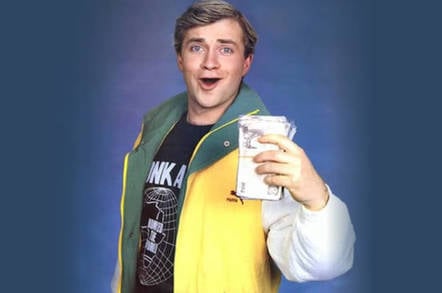 Amazon's pre-tax profits more than tripled last year to an extraordinary $11.2bn but, for a second year running, the web giant has paid not a single cent in US federal taxes.

Not only that but, according to the Institute on Taxation and Economic Policy (ITEP), the tech titan was actually paid $129m by US taxpayers thanks to an income tax rebate.

With the average American paying an income tax rate of between 10 and 15 per cent, and the corporate tax rate reduced recently from 35 to 21 per cent, Amazon as one of the largest corporations in the world paid a tax rate of minus one per cent.

According to ITEP, the entire company has been specifically constructed to avoid paying tax. And it is working. In 2012, the company paid 15.1 per cent in taxes but have since designed its entire corporate structure and approach to avoid having to do so in future. In 2017, it paid zero tax and an effective tax rate of -2.5 per cent; this year it repeated that, paying -0.1 per cent.

How is that even possible? It is thanks to Amazon's use of various vague "'tax credits' as well as a tax break for executive stock options." Those tax credits have been in the spotlight recently following the controversial bidding process for a second Amazon headquarters in which the company openly asked cities to offer as many tax incentives as possible.

Amazon chose not one but two locations in Virginia and New York City but just this week it pulled out of the New York deal following protests about the incentives it had been offered by New York's mayor and governor. Among the $3bn worth of tax breaks, the city agreed to change its renovation plans for the Long Island waterfront and give Amazon CEO Jeff Bezos his own helicopter pad.

New York failed to extract any promises from Amazon in return for its largesse, including a relatively standard agreement to remain neutral if its workers decided to unionize. Amazon has long been criticized for its work practices, low pay and aggressive anti-union efforts.

Toys out of pram time

Despite all that, Amazon pulled out of the deal after its executives faced pointed questions at public meetings and an effort to bypass city council approval was put in doubt when a notable critic of the deal was put onto a state board that did have veto power over the final deal.

Despite describing itself as a non-partisan non-profit organization, ITEP's intense frustration with Amazon's tax avoidance and the laws that make it possible comes through in its report.

"The Trump Administration and its congressional allies included lavish new giveaways such as immediate expensing of capital investments," it notes, referring to tax legislation passed last year. "Multiple analysts scored the tax law as a huge revenue loser, giving away far more to big corporations in rate cuts than it takes in loophole-closers."

It goes on: "Congress have, so far, shown little interest in answering the tough questions about why their new corporate tax law can’t lay a glove on one of the most valuable and profitable corporations in the world."

And it points out that even while President Trump has persistently attacked Amazon for tax avoidance "the administration has so far displayed no awareness that its own tax package appears to have made the company’s corporate tax avoidance even more rampant than before."

It describes the tax bill as a "gigantic missed opportunity for true corporate tax reform."

It's not just Amazon either: all tech giants have gone to exceptional lengths to avoid paying tax, causing European legislators in particular to design new laws that would shut down tax loopholes. Last week, ITEP noted that Netflix had also managed to pay not a single cent in federal tax for 2018.

"Amazon pays all the taxes we are required to pay in the US and every country where we operate, including paying $2.6 billion in corporate tax and reporting $3.4 billion in tax expense over the last three years," a spokesperson for Amazon told The Register. ®

Eagle-eyed readers will notice that Amazon pegged its net income for 2018 at $10.1bn, though the ITEP reckons it was $11.2bn. That's because the latter figure is the pre-tax total.

"The $11.2 billion is what they [Amazon] report as pretax US income," the ITEP's report author Matthew Gardner told us. "The $10.8bn is that minus their reported state income taxes, because state income taxes are deductible for federal tax purposes, and the $10.1bn is a worldwide, post-tax number."