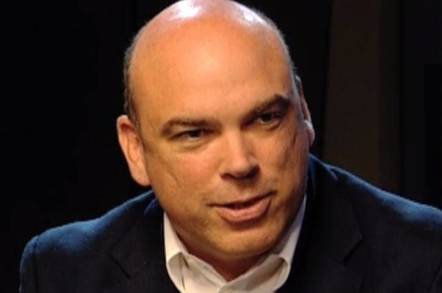 A British judge has rejected the FBI's request for legal documents submitted to London's High Court by Autonomy founder Mike Lynch's lawyers just weeks before his civil lawsuit is heard in Britain.

US prosecutors sought evidence and witness statements filed in England by Lynch and CFO Sushovan Hussain. Last April Hussain was convicted of fraud for cooking Autonomy's books and vastly over-valuing the company, which was bought by HP for $11bn in 2011 and written down by billions of dollars the following year.

However, government attorneys stateside are keen to demonstrate that Lynch was the mastermind, and filed 14 indictments late last year.

Ex-Autonomy boss Mike Lynch charged with fraud in US

UK court procedures ensure that such evidence can only be used for the specific proceedings for which it was submitted – ie, not to foreign g-men who merely have an interest in seeing it – and Mr Justice Hildyard wasn't convinced this was a precedent worth breaking.

"The Applicants, fighting HPE's battle in its absence, have not carried the burden upon them," concluded Hildyard.

"They have failed to show that the disclosure of documents and witness statements is necessary for the purpose of the US process; and I am not persuaded they have shown compulsion either, even accepting that the US Subpoena is entirely regular."

Lynch's lawyers earlier claimed he is being made a "scapegoat" for HP overpaying for the British business in hope of "synergies" that were never likely to materialise. Spokespeople for the defendants were not available for comment.

The UK proceedings are due to kick off on 25 March. ®