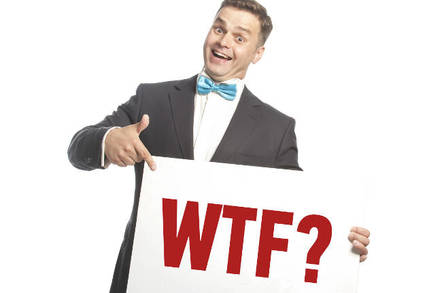 The regulator claims Levoff received confidential information about the tech giant's quarterly earnings as part of a review of draft materials, and then used that information to buy and sell Apple shares. Levoff did this not once, not twice but three times, according to the SEC in its civil lawsuit against the exec.

The biggest trade came in July 2015 when he sold $10m of his own Apple stock – almost everything he had – to avoid losing money because he found out ahead of time that Apple's results were worse than the market anticipated, the SEC claims. When the earnings were announced, Apple's share price fell four per cent. The SEC says this helped him avoid $345,000 in losses.

Other trades based on insider information helped him make money, it is claimed, with the SEC saying that over two years he benefited to the tune of $382,000.

The terrible irony is that one part of his duties at Apple was to oversee the company's insider trading program, designed to recognize and prevent the illegal activity that he himself allegedly undertook.

He also informed Apple employees of their obligations under the insider trading policy around earnings time, while seemingly at the same time planning to ignore them. Apple apparently did not notice the alleged dodgy trades, though it fired him in September last year.

"Levoff's alleged exploitation of his access to Apple’s financial information was particularly egregious given his responsibility for implementing the company’s insider trading compliance policy," SEC enforcer Antonia Chion said in a statement.

Levoff, of San Carlos, California, is thus accused of committing fraud, and the SEC wants all the money he made from his stock purchases and sales returned, along with interest. And then there are penalties, an injunction, and a bar on becoming a company director or officer. In other words, it's the end of his corporate career, if a US district court in New Jersey finds against him.

At the same time, the US Attorney for New Jersey today filed a criminal charge against Levoff, accusing him of securities fraud. It's safe to say that Levoff, if convicted, should have known better. ®