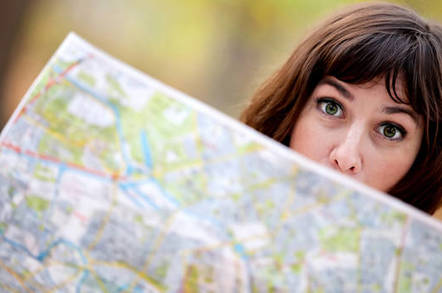 Older satnavs and such devices won't be able to use America's Global Positioning System properly after April 6 unless they've been suitably updated or designed to handle a looming epoch rollover.

GPS signals from satellites include a timestamp, needed in part to calculate one's location, that stores the week number using ten binary bits. That means the week number can have 210 or 1,024 integer values, counting from zero to 1,023 in this case. Every 1,024 weeks, or roughly every 20 years, the counter rolls over from 1,023 to zero.

The first Saturday in April will mark the end of the 1,024th week, after which the counter will spill over from 1,023 to zero. The last time the week number overflowed like this was in 1999, nearly two decades on from the first epoch in January 1980.

You can see where this is going. If devices in use today are not designed or patched to handle this latest rollover, they will revert to an earlier year after that 1,024th week in April, causing attempts to calculate position to potentially fail. System and navigation data could even be corrupted, we're warned.

"GPS devices with a poorly implemented GPS Time-to-UTC conversion algorithm may provide incorrect UTC following a week number rollover," US Homeland Security explained in its write-up (PDF) of the issue this week.

As the Reg reader who tipped us off to the shortcoming noted, this could be a significant headache for data centers that use GPS timing for synchronization.

"Decent vendors should have patches. But who has been thinking about this?" our tipster told us. "This could be a low-key Y2K style bug all over again, but with companies doing less preparation."

Fortunately, devices on sale right now should be prepared for this rollover and handle it gracefully. Uncle Sam's GPS nerve-center GPS.gov says (PDF) receivers that follow the ICD-200/IS-GPS-200 specification should be able to deal with the week number overflow. This basically means newer receivers built after, say, 2010 should be fine, provided they follow the specs and notice the rollover.

To put it another way, if your gadget goes haywire in April, it's probably because of this. If it works as normal: brilliant, it's not affected. Consider yourself forewarned.

GPS.gov also notes that the new CNAV and MNAV message formats will use a 13-bit week number to solve the epoch migraine right up until the planet becomes uninhabitable via climate change or we all blow ourselves up.

For devices unprepared for the counter overflow, a firmware upgrade will be necessary to keep the things working properly. GPS.gov recommends those unsure about their readiness for the turnover, particularly enterprises, should consult the manufacturer of their equipment to make sure they have the proper updates in place. ®