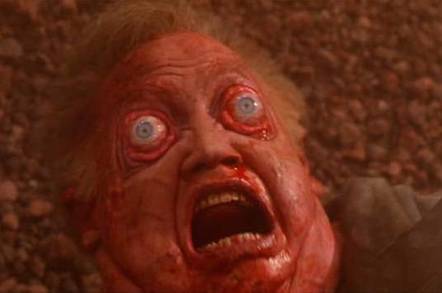 Day 27, and Timmy has had some leakage problems in the living quarters

The group trying to crowdfund a plan to colonization of Mars that was declared suicidal has shuttered its shop front.

The Mars One project envisaged landing on Mars by 2023: it hoped to shuttle cargo over to the dust world first, followed by members of the public who had submitted successful applications for the one-way trip. The missions would be funded by subscriptions and media rights to reality TV shows of the astronaut selection process and 24/7 live-streams from the Martian surface.

Now those plans look to be permanently on hold. Ventures AG, the for-profit side of Mars One's operations, declared itself bankrupt in a Swiss court last month, and the ruling was spotted by a Reddit reader over the weekend. With no reassurances from the project's mastermind Bas Lansdorp nor from Mars One itself, it looks highly likely that the trips will never get off the ground.

Which is a good thing because, as The Register has pointed out many times, the idea was weapons-grade stupidity. It was panned by space scientists and engineers, the Chinese government officially warned its citizens that it was a scam, and the General Authority of Islamic Affairs and Endowment issued a fatwa banning Muslims from taking part.

The problem was that, while Mars One had plenty of flashy demo videos and public soundbites, it was worryingly vague on the specifics of, you know, getting people to Mars safely and keeping them alive.

The team planned on sending over cargo vessels full of supplies to practice landing on the Martian surface before risking launching humans at the unforgiving planet. Given the high failure rate of Mars missions, the plan would have turned NASA engineers' hair white.

Once on the surface, these citizen astronauts would be on their own, with additional crews coming every two years, along with more cargo flights. According to the organizers, this would be paid for by selling the rights to the ultimate reality TV show about plucky humans making it on Mars.

While colonizing habitats outside of Earth is essential for humanity's long-term survival, Mars One was never going to get off the ground. Even if it had, it would most likely lead to the reality TV "stars" dying from crash landing, habitat failure, or slow suffocation. ®

PC lab in remote leper colony had wrong cables, no licences, and not much hope

No humans on Red Planet, straight-faced officials have the audacity to claim

Could hold secrets to Earth's history and life on other planets