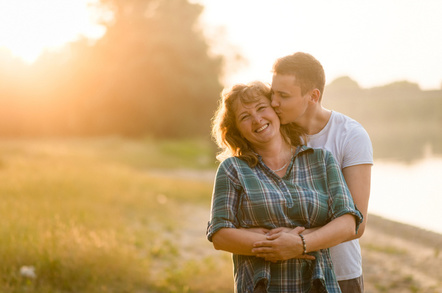 The relationship between mother and son is a strange one. Sigmund Freud's "Oedipus complex" made all of psychology awkward, and mums haven't helped by cherishing and coddling their perfect little boys well into adulthood.

Though Freud is somewhat discredited these days, trust dear old Ma to come out swinging with behaviour that makes the world cringe.

Like this one in Towson, Maryland, who has been clocked prowling the local university campus asking students to date her son, according to that apparently real newspaper from The Wire, The Baltimore Sun (currently not available from the EU due to its publisher's unwillingness to play ball with GDPR).

Several reported being approached by the doting mother last week toting a picture of dear son on her mobe. She was then said to have asked the victims if they would go out with the poor bloke.

It caused enough of a ruckus for the uni police department to issue an "incident advisory" (PDF) including snaps of the marauding matriarch and a plea to call the cops if anyone recognised her.

Towson University said she wasn't in trouble, but would like to end the harassment.

"This incident advisory is being provided in order to make the TU Community aware of an incident on campus that may cause concern," Charles Herring, chief of the university police department, wrote in an email circulated around campus. "This advisory is intended to heighten awareness and inform the community of incidents that may impact their safety and security."

So, why was she out there playing cupid for Junior anyway? All mums seem to want a grandchild. Or maybe it was because she couldn't afford the tissue consumption – Amazon bulk buying only goes so far. Perhaps she thought a girlfriend might be that push he needs to get him off the PlayStation where she'd been hoping to stash her benchtop lathe and out of the garage she'd always wanted to turn into a metalworking den? We're sure you'll chime in with your thoughts below. ®

You like magic tricks? See this claim that IBM bungled an Obamacare IT project? Whoosh, now it's a $15m check