Dubsmash, Armor Games, 500px, Whitepages, ShareThis, and more said to be up for grabs for $$$s in BTC 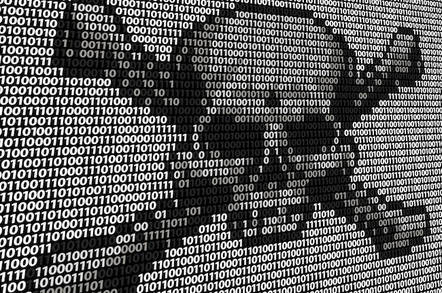 Exclusive Some 617 million online account details stolen from 16 hacked websites are on sale from today on the dark web, according to the data trove's seller.

For less than $20,000 in Bitcoin, it is claimed, the following pilfered account databases can be purchased from the Dream Market cyber-souk, located in the Tor network:

Sample account records from the multi-gigabyte databases seen by The Register appear to be legit: they consist mainly of account holder names, email addresses, and passwords. These passwords are hashed, or one-way encrypted, and must therefore be cracked before they can be used.

There are a few other bits of information, depending on the site, such as location, personal details, and social media authentication tokens. There appears to be no payment or bank card details in the sales listings.

Who are the buyers?

These silos of purportedly purloined information are aimed at spammers and credential stuffers, which is why copies are relatively cheap to buy. The stuffers will take usernames and passwords leaked from one site to log into accounts on other websites where the users have used the same credentials.

All of the databases are right now being touted separately by one hacker, who says he or she typically exploited security vulnerabilities within web apps to gain remote-code execution and then extract user account data. The records were swiped mostly during 2018, we're told, and went on sale this week.

The seller, who is believed to be located outside of the US, told us the Dubsmash data has been purchased by at least one person.

Some of the websites – particularly MyHeritage, MyFitnessPal, and Animoto – were known to have been hacked as they warned their customers last year that they had been compromised, whereas the others are seemingly newly disclosed security breaches. In other words, this is the first time we've heard these other sites have been allegedly hacked. This also marks the first time this data, for all of the listed sites, has been peddled publicly, again if all the sellers' claims are true.

A spokesperson for MyHeritage confirmed samples from its now-for-sale database are real, and were taken from its servers in October 2017, a cyber-break-in it told the world about in 2018. ShareThis, CoffeeMeetsBagel, 8fit, 500px, DataCamp, and EyeEm also confirmed their account data was stolen from their servers and put up for sale this week in the seller's collection. This lends further credibility to the data trove.

Last week, half a dozen of the aforementioned sites were listed on Dream Market by the seller: when we spotted them, we alerted Dubsmash, Animoto, EyeEm, 8fit, Fotolog, and 500px that their account data was potentially being touted on the dark web.

Over the weekend, the underground bazaar was mostly knocked offline, apparently by a distributed denial-of-service attack. On Monday this week, the underworld marketplace returned to full strength, and the seller added the rest of the sites. We contacted all of them to alert them, and ask for a response. Meanwhile, Dream Market has been smashed offline again.

Here's a summary of what is, or briefly was, purported to be on sale:

The seller told The Register they have as many as 20 databases to dump online, while keeping some others back for private use, and that they have swiped roughly a billion accounts from servers to date since they started hacking in 2012.

Their aim is to make "life easier" for hackers, by selling fellow miscreants usernames and password hashes to break into other accounts, as well as make some money on the side, and highlight to netizens that they need to take security seriously – such as using two-factor authentication to protect against password theft. The thief also wanted to settle a score with a co-conspirator, by selling a large amount of private data online.

The hacker previously kept stolen databases private, giving them only to those who would swear to keep the data secret.

"I don't think I am deeply evil," the miscreant told us. "I need the money. I need the leaks to be disclosed.

"Security is just an illusion. I started hacking a long time ago. I'm just a tool used by the system. We all know measures are taken to prevent cyber attacks, but with these upcoming dumps, I'll make hacking easier than ever." ®

This article was revised at 0430 UTC on Tuesday, February 12 to include confirmation from 500px that it was hacked, as we reported.

Also on Tuesday, EyeEm informed its users it had been hacked. We understand similar disclosures are due to land this week from ShareThis and others.

On Wednesday, February 13, DataCamp informed us it is resetting its users' passwords after "some user data was exposed by a third party who gained criminal unauthorized access to one of our systems."

Also on Wednesday, CoffeeMeetsBagel told us it is alerting its users to its security breach, we added a statement from MyFitnessPal, and 8fit admitted to its customers that it was hacked.

On Thursday, February 14, Artsy emailed its users to confirm its internal data was stolen and put up for sale, as reported. "On February 11, 2019, we became aware that account information for some of our users was made available on the internet," the biz wrote. "We are still investigating the precise causes of the incident, and together with our engineering team, we are working with a leading cyber forensics firm to assist us."

On Friday, February 15, ShareThis confirmed it was hacked, too.

On 1 March, Armor Games 'fessed up to a breach.