Not a euphemism. I really did this 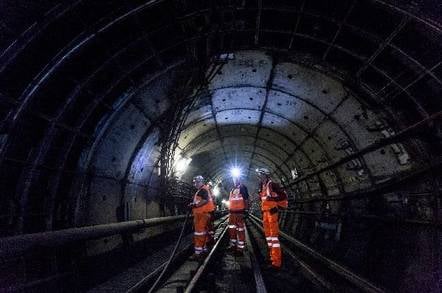 Something for the Weekend, Sir? I spent this week on the floor.

This may not sound so unusual given that most of us already conduct our daily lives at floor level – as opposed to gliding, Aereon-like, 12.7mm above it. But save your threats, Necromonger, I would tell you about my week's exploits for the asking.

To start with, the signs suggested it was going to be a fairly typical week. Morrisons supermarket seems terribly insistent that I accept some discount codes. Zopiclone 7.5mg is down to £99 for 100. Bitcoin remains as practical as a means of exchange as used toilet paper. And the online customer reviews for airport parking services continue to be as trustworthy as ever:

So how did I end up on the floor? It remains unclear to me how exactly I got roped into writhing around on the carpet tiles under office desks. It's not one of the skills listed on my LinkedIn page, that's for sure.

Perhaps in trying to present myself to clients as multi-talented and willing to help, I simply come across as a mug who'll do anything out of desperation arising from the implied threat that the power of inflicting poverty can be wielded in a mere gesture of their evil hands. That is, when said hands are not occupied in other pursuits, such as stroking fluffy white cats and pressing bleeping buttons on a steel-cased console within the depths of a hollowed-out volcano.

Floor level in an office is a strange, dark realm. It's not quite dragons and White Walkers so much as dust bunnies, frayed cable jackets and items of stationery caught in the middle of their escape, but it remains otherworldly just the same.

I learnt this early in my career (heh, sorry, I must have a chuckle at that expression "my career") when I worked at a publisher of weekly tabloid computer magazines. The managing director would routinely announce a major redistribution of departments between the four levels of our office building every six months. I think it was his way of forcing slovenly editorial slackers and sales cowboys to tidy up at least twice a year. Just as the last blue plastic moving crate had been emptied and returned to the supplier, we'd witness new deliveries of the miserable buggers all over again, hauled onto each floor in gigantic stacks on wobbly skates.

This meant a great deal of floor work for electrical plumbers and odd-job office juniors such as myself.

Admittedly, in those humble pre-network days, most of my floor work involved artfully laying down electrical cable extension blocks and collecting the scores of dropped ballpoint pens and fistfuls of paperclips found under every single desk. While I conducted these mission-critical tasks for the chance of earning time-and-a-half over the weekend, there'd be a telecoms professional attacking the skirting boards with a screwdriver, fine-nosed pliers and a krone tool.

Ah yes, the "telecoms professional": this would be an ex-BT service engineer who decided to go rogue freelance post-privatisation because he couldn't get a job at Mercury.

He was quite mad. I put this down to the trauma of future-shock, seeing his beloved former employer – known in the early days of his apprenticeship by the vaguely steampunk moniker "Her Majesty's Government General Post Office" – torn screaming into a cowardly new world of fibre optics... about which he knew absolutely nothing but tried to wire it up just the same.

He was a bit like those damaged ex-servicemen who end up working in the private security industry. It was tragic, really. Instead of PTSD, he had POTS. He'd swagger around the building like he was James Bond with a licence to twist pairs. But he'd be pot-bellied and dressed in Corby Pressed nylon slacks, slip-on plastic Hush Puppies and an unfeasibly wide nylon necktie he must have borrowed from a colour-blind photocopier salesman.

It occurred to me then that if he could do it, anyone could – and thus began my long and very intimate association with carpet tiles and floor box covers.

Here I am again, rolling around on the floor under desks. These days, of course, practically all wiring is underfloor and overhead inside hung ceilings (where Wi-Fi repeaters go to die... frequently). I can't remember the last time I had to slide away a section of skirting, which is just as well because skirting board sockets would always be at least a quarter of a mile from the furthest desk they were supposed to serve.

As per usual, I am kitted out in floor gear, by which I mean clothes in which I would not be seen dead wearing in any other circumstances. Blue jeans, sweatshirt with a logo on it, plimsolls, that kind of thing. I'd wear a boiler suit or ex-RAF surplus jumpsuit if I could but who wants to put up with oh-so-humorous comments all day about "onesies"? Still, you gotta have those rubber-soled shoes: your life could depend on it.

My colleague for the task, naturally, is a proper telecoms professional. He is dressed entirely in all-black winter cycling gear, including a Lycra balaclava and an LED lamp fitted to his head with elasticated straps.

When he first walked into the room, I thought he was a police diver who'd taken a wrong turning while hunting for his misplaced flippers. But dress-wise, it's curious to note the consistency of these engineers over the decades: from the 1980s to the 2010s, they always seem to dress head to foot in plastic.

I learnt two new things this week. First, one can minimise bruising to one's head in a hipster office by raising the height of the desks to standing level. That said, mind your fingers when they telescope back down.

Second, I found it both thrilling and disconcerting to spend a day mostly horizontal with a man dressed as a gimp.

His attire made it possible for him to squirm around efficiently from box cover to box cover like an overgrown ninja maggot or poorly costumed alien from a low-budget 1970s Doctor Who. Watching the giant worm's headlight weaving through the subterranean forest of desk legs made his presence all the freakier, as did the way he kept talking meaningless jargon throughout the day. It was like I had stepped into one of those Dune sequels.

Not so nice was having to hold the step ladder while he rummaged around in the hung ceiling, putting his Lycra-moulded bollocks at direct eye level.

To be honest, this recent experience might dissuade me from offering to help out with office reorganisations in future. Ballet-crotch chic aside, the sheer professionalism of the engineer's performance put me to shame. What was I thinking? How could I possibly compete with a wriggly worm wire warrior?

So from me, it's a sepia-tinged goodbye to carpet tile friction burns and fingers bitten by vicious snapping box covers. No more sifting through dust, nail clippings and rat pellets. Farewell to CAT5 that insists on bending the wrong way and is always 5mm too short, ending up connected so taut you could strum bass on it.

Alistair Dabbs is a freelance technology tart, juggling tech journalism, training and digital publishing. Since a house move is on the cards for the Downsizing Dabbs household, it is suspected he may make a return to floor wriggling at some point in the near future. He was recently spotted shopping at Evans Cycles. @alidabbs