LibreOffice 6.2 is here: Running up a Tab at the NotebookBar? You can turn it all off if you want

A bit last-decade, but there are improvements – and it's free! 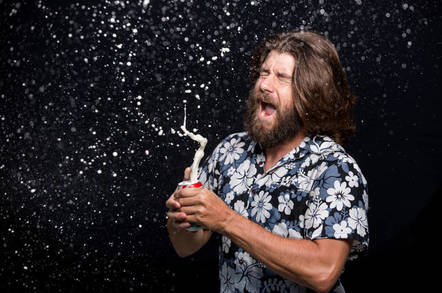 The best beer is free beer

While Microsoft was upending the scorn bucket on its own productivity tools, The Document Foundation shoved out an update of LibreOffice, replete with user interface tweaks and improved Office compatibility.

Originally forked from OpenOffice back in 2010, LibreOffice comprises a word processor in the form of "Writer", a spreadsheet in "Calc" and "Impress" for PowerPoint-esque presentations. It also includes tools for vector drawing, database and formula editing.

The new version 6.2 is the first release in 2019. 6.0 appeared just over a year ago and 6.1 turned up in August. It remains free and can be downloaded in Windows, Linux and Mac flavours.

We took a look at the Windows 10 version, the installation of which proved a little problematic.

The installer inexplicably wanted to close down Word and Excel before it would do anything (the paranoid would suggest that LibreOffice was seeking to stamp out the competition while the more pragmatic would suspect some interdependencies) and insisted on a reboot before the suite would deign to fire itself up.

Well, it is trying to make Microsoft users feel at home after all. So what's an odd forced restart between friends?

Once in, the first thing to grab the attention, when activated, is the new NotebookBar.

While not to everyone's taste, the grouping of functions works well although switching back to the classic toolbar view required a little more faffing once the Menubar is turned off. However, this is the first iteration of the tabbed approach, so it can be cut some slack. It also makes for a more familiar working environment for users looking around for an Office suite to replace Office 2019 (after all, Microsoft has pointed out the thing is, er, "frozen in time").

The developers confirmed that the new tabbed toolbar is optional – something the Office crew could have considered back in the day when Microsoft's productivity suite was wrapped in Ribbons.

The team has also tidied up the context menus to make things more consistent over components. However, the UI still feels a little last-decade and can be a bit jarring in places. Options don't always show up as checked once selected, and customisations are available in some places but not others.

Still, the browser-based Help system has been improved for those needing a bit of hand-holding, with faster indexing of keywords, highlighting the search term as the user types.

Changes to the components

OOXML and EMF support has been tweaked, especially for charts and animations, and the suite accepted all the files we threw at it (although your mileage will, of course, vary).

For the word processor, Writer, the most notable change is the welcome ability to copy spreadsheet data directly into tables rather than the thing turning up as an object, or needing to be fiddled around with as plain text.

Calc has seen many improvements, with custom formulas making an appearance in Data Validation and a new REGEX function to match text against a regular expression and optionally do some text replacement. Everyone loves a bit of REGEX torture.

Those keen to inflict interminable animated presentations on the world will be pleased to find the motion path of animations can be changed by dragging its control points in the Impress component of the suite. Impress has also seen improvements to ensure it conforms to ODF specifications.

The database component, Base, has had the MySQL C++ connector extension dropped and replaced with a LGPL licensed MariaDB connect.

Overall the new version has the appearance of a major release, thanks to the UI changes. However, aside from the notable updates above, it won't alarm users with a tsunami of fiddled-with features. Which is as it should be.

There is one bit of bad news, however. Still clinging on to your 32-bit Linux installation? The team warns that after this version there will be no more Linux x86 builds.

That isn't to say Linux x86 compatibility is on the way out, but we imagine you're going to have roll your own version instead of picking up a handy download.

But that's probably how some in the FOSS world like it. ®