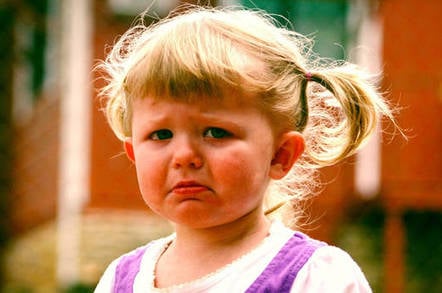 While the Redmond executioner was bringing the axe down on the neck of Azure Party Clusters, an Ubuntu security update has done the same to the Azure cloud's Service Fabric Linux Clusters.

Problems began with a security update made on February 6 to Ubuntu Xenial (the 16.04 LTS) which arrived via the usual public Ubuntu package sources. According to Microsoft, something in that package made Service Fabric’s Image Builder process very poorly.

Image Builder is used to provision applications in Service Fabric. Thanks to the glitch, Ubuntu-based Service Fabric nodes cannot perform management operations unless users downgrade that package to the previous version.

The issue hits any new Azure-based Service Fabric clusters, any new nodes added to an existing cluster, or any nodes that have been had the upgraded package. Existing clusters that haven’t been scaled up or re-imaged should be fine, and the Fabric Service Team advised that if you’re currently unaffected, for goodness sake don’t do any scaling.

Ubuntu 16.04 LTS is, right now, the only properly supported OS for Linux Service Fabric Clusters on Azure. Red Hat Enterprise 7.4 is in preview, but you really shouldn’t be putting production workloads through it because, well, it’s a preview.

Windows operating systems, however, still enjoy greater support on the clustering platform, with Penguistas lacking some of the features their Windows brethren enjoy. The Service Fabric gang have, however, promised parity eventually. Just hopefully not in the borked management states.

In the meantime, the Azure Service Fabric team on Thursday emitted a workaround to mitigate the problem consisting of a Python script to apply as Custom Script Extension to the Azure Resource Manager (ARM) and some JSON to shovel into the ARM template for the deployment configuration.

Once done, the template can then be deployed using a helpfully provided Azure CLI or PowerShell command, and everything should be gravy for existing as well new clusters.

The gang is working to “fix the issue on our end.” but no estimate has been given as to when that fix will arrive. The Register has also contacted Ubuntu-maker Canonical to get its take on things.