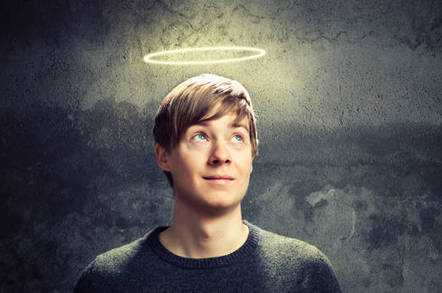 Microsoft has continued to buff its open-source halo by signing up to the OpenChain Project, which is aimed at simplifying the plethora of licences floating around the open-source community.

OpenChain (not to be confused with the open-source distributed ledger technology Openchain) is a Linux Foundation Project and lays claim to being the industry standard for managing open-source compliance across the software supply chain.

The group maintains a core set of requirements around licensing, and organisations can display their adherence. The theory goes that compliance with open-source licences becomes a tad more understandable for all those taking part.

With the supply chain for software and hardware potentially comprised of hundreds or thousands of components, mitigating the risk of failing to understand the implications of a licence is one of the many headaches with which organisations must deal.

It is to this party that Microsoft has signed up, as a Platinum member no less, joining the likes of Google, Uber and Facebook, which added their names last month.

It is another indicator that Microsoft is determined to beef up its open-source credentials, having already added its backing to the Open Invention Network (OIN) and unleashed great swathes of code upon the community. As well as source, getting involved in defining the standards for software compliance is a demonstration that the company continues to take open source seriously. And not just code, but in legal and business terms too.

Microsoft's Assistant General Counsel, David Rudin, said: "Trust is key to open source, and compliance with open-source licenses is an important part of building that trust."

OpenChain general manager Shane Coughlan was happy to see the Redmond gang turn up, adding: "We're thrilled that Microsoft has joined the project and welcome their expertise." Which, of course, he would.

Because those naughty Microsofties like to, er, partner around a bit, Rudin also announced that the company was working with ClearlyDefined to enable better open-source licence compliance automation and another project of the Linux Foundation, the Talk Openly, Develop Openly (TODO) group, on managing open-source projects. ®