Oh dear! Amazon's facial recognition is racist and sexist – and there's a JLaw deep fake that will make you want to tear out your eyes

The week's other news in AI 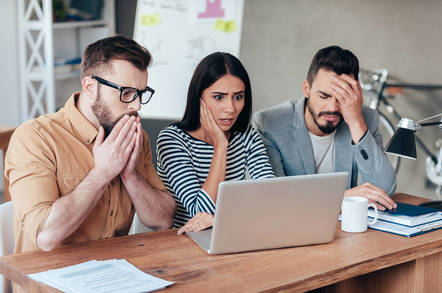 Roundup Here's a roundup of this week's other AI news. In short: experts continue to snub Amazon's facial recognition service Rekognition, and there's a new deepfake for you to stare at in horror.

China and the US are miles ahead: A study compiled by the UN World Intellectual Property Organization found that China and the US both dominate the AI industry, with both countries leading the way for patents and academic research.

It’s no surprise, really, experts have been preaching this for years. The specifics in the report, however, are still interesting. Here are some of the key takeaways:

You can read the whole report here.

IN July an investigation by the American Civil Liberties Union (ACLU) showed Rekognition was being sold to government agencies and could be inaccurate - especially when trying to identify people with darker skin tones.

Now, a research paper published by the Massachusetts Institute of Technology Media Lab, provides further proof. Rekognition performed worse when analysing pictures of women - they were misidentified as men 19 per cent of the time - and results dropped even further when the women were black.

Matt Wood, general manager of AI at Amazon Web Services, hit back and said the researchers were studying an outdated version of Rekognition, and that it was trying to improve its product.

He also pointed out that when the service was being used by law enforcement, Amazon recommended a 99 per cent confidence threshold. The percentage defines how confident the system is output result.

But unfortunately, it looks like police departments don’t really care. The Washington County Sheriff’s Office in Oregon, one of Amazon’s few publicly identified customers, told Gizmodo: “We do not set nor do we utilize a confidence threshold.”

Oh dear, since there is currently no governmental regulation around the use facial recognition, the police can, technically, use it however it wants.

The Diversity in Faces dataset contains a million labelled photos of human faces scraped from the Creative Commons sections of Yahoo and Flikr. Developers selected the images based on a variety of factors, including: head length, nose length, forehead height, facial symmetry, age, gender, pose and so on.

“The challenge in training AI is manifested in a very apparent and profound way with facial recognition technology,” IBM said.

The dataset isn’t publicly available, and you have to apply for access if you want to get hands on it.

New viral deepfake alert: Hey, have you ever wondered what Jennifer Lawrence would look like if she had the face of Steve Buscemi?

The horrific mashup was created by VillanGuy, a data analyst living in Washington.

It’s not too bad, actually. The skin tones match and the facial expressions aren’t completely out of place. The footage is taken from a clip of Jennifer Lawrence giving a speech at this year’s Golden Globes awards.