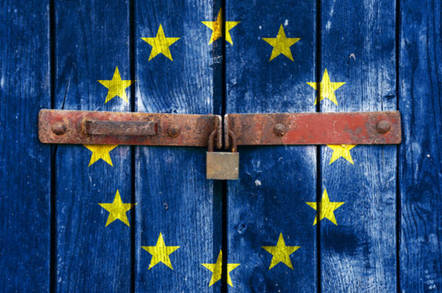 Canadian-owned integrator CGI seems to be salivating over the prospect Brexit, irrespective of whether Britain leaves with a no deal – which looks increasingly unlikely – or a so-called softer version.

Chief exec George Schindler was asked on an earnings call last night how the organisation is planning for the big split, what he sees as the worst-case scenario, and the excitement in his response was palpable.

He said CGI – like others in tech – is preparing for all eventualities. He viewed a "hard Brexit", in which the UK exits the European Union with no trade deal, as "an opportunity for us to deploy more sources to assist the government".

In the event of a "negotiated softer exit", Schindler added, "we could use our framework agreements to increase work with the government". CGI has a seat on 17 different buying frameworks or contract vehicles, as it referred to them.

The third "outcome that could occur" – especially as the 29 March exit deadline looms – is simply a chance to get "closer to our customers own the government side on the incumbency and so things are going well there".

"I think they all (the different outcomes) have their different opportunities and challenges," Schindler added, "but we are planning for all the above."

British Foreign Secretary Jeremy Hunt conceded today that article 50 – invoked to trigger Brexit – may have to be extended to avoid a no-deal scenario.

Anyway, it's nice to know the good folk at CGI have got Brits' backs, even if they have a hand on our wallets too.

Brit boss off after two years behind the controls

Brit tech buys frozen, but CGI can't wait to get integrating all those post-Brexit systems

Oh, and Gartner publishes spending prognosis for life after the EU

As the world quakes over Trump, CGI has dollar signs in its eyes

Revenues dip at CGI Group: It was Obamacare that did it

Last year's contract win, that is. Profits are up, though