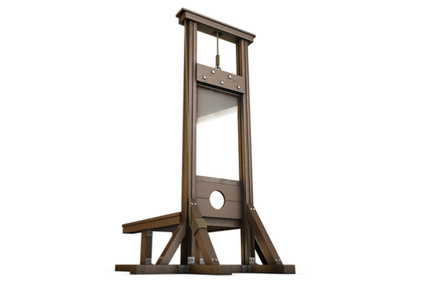 Microsoft has warned that it isn't only Windows 7 for the chop in 2020. Unloved Internet Explorer 10 will be joining it. Finally.

Internet Explorer 10 first appeared back in 2012 and in 2016 Microsoft made a concerted effort to kill the thing by focusing its support efforts on Internet Explorer 11. Anything not Edge-related or without "11" after it would no longer be supported.

However, not every operating system was capable of actually running Internet Explorer 11 and Microsoft infamously restricted its Edge browser to Windows 10 (and later iOS and Android). Notable exceptions to the IE10 crackdown were Windows Server 2012 and Windows 8 Embedded.

Microsoft man: Internet Explorer had to go because it's garbage

At this point administrators will doubtless be shuddering at the memory of having to run Internet Explorer in their pristine Server environment in order to get access to some recalcitrant function or component.

Alas, the shuddering must resume since after a two-year stay of execution, Microsoft has decided that IE10 must be stamped out completely. Windows Embedded 8 Standard and Windows Server 2012 will remain supported until 2023 after all, and keeping IE10 patched for another four years is doubtless keeping the engineers awake at night.

Microsoft has therefore warned that as well killing off Windows 7 in 2020, enterprises that prefer to take a slower path will have to update IE on their 2012 Servers, since IE10 support will finally end for everything in January 2020.

Unlike Windows 7, you won't even be able to pay for patches.

Over the course of the northern hemisphere's spring, Microsoft will make IE11 available for Server 2012 admins to play with via the Microsoft Update Catalog and also the Update Service. This would be a good a time as any to enable Enterprise Mode to make the browser behave like older versions of IE for those pesky corporate intranet applications that insist on a specific incarnation of a specific renderer. You have until 2020 to leave IE10 behind.

Or you could make Microsoft very happy by migrating to Windows Sever 2016 or 2019, which both have IE11 raring to go in their Long-Term Servicing Branch (LTSB) editions. ®