I'll eat my hat if leaving is not a success. Also my pants. And those socks look tasty too 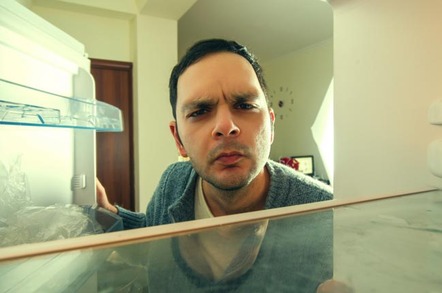 As the UK continues to fret over dire warnings of supermarket shelves emptying as a side effect of Brexit, North Korea has a solution for the alleged impending crisis.

Assuming trade deals will be as straightforward as politicos have promised, containers full of delicious edible clothes could be headed to Blighty, filling both the stock of grocers and clothiers at a stroke.

Thanks to the wonders of Google Translate, it is revealed that the splendid looking togs are made of high quality proteins and so "once you are out of food, you can eat these clothes and overcome hunger".

The items are aimed at outdoorsy types that might come unstuck on a mountain somewhere and need something to chow down on while awaiting rescue rather than for citizens enduring food shortages.

However, in the spirit of British inventiveness, a few container loads of the things could kill two birds with one stone: deal with the desire for sportswear by people who prefer to snack rather than do sport; and stamp out unpatriotic mutterings about empty shelves by filling supermarkets with delicious pants.

There is, of course, precedent for this sort of thing. Edible underwear has been soiling the racks of retailers for some time and academic Matthew Goodwin ended up wolfing down his own Brexit book on national television back in 2017.

Have you had your new book printed on rice paper? Just asking.

The UK government therefore has plenty of options even if the worst predictions of the naysayers should come to pass.

We contacted the UK's Brexit planners for their thoughts, but have yet to receive a response. ®