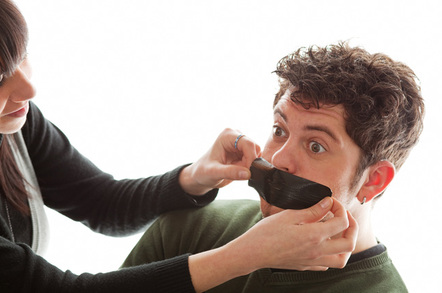 HMRC's database of Brits' voiceprints has grown by 2 million since June – but campaign group Big Brother Watch has claimed success as 160,000 people turned the taxman's requests down.

The Voice ID scheme, which requires taxpayers to say a key phrase that is recorded to create a digital signature, was introduced in January 2017. In the 18 months that followed, HMRC scooped up some 5.1 million people's voiceprints this way.

Since then, another 2 million records have been collected, according to a Freedom of Information request from Big Brother Watch.

That is despite the group having challenged the lawfulness of the system in June 2018, arguing that users hadn't been given enough information on the scheme, how to opt in or out, or details on when or how their data would be deleted.

Under the GDPR, there are certain demands on organisations that process biometric data. These require a person to give "explicit consent" that is "freely given, specific, informed and unambiguous".

Off the back of the complaint, the Information Commissioner's Office launched an investigation, and Big Brother Watch said the body would soon announce what action it will take.

Meanwhile, HMRC has rejigged the recording so it offers callers a clear way to opt out of the scheme – previously, as perm sec Jon Thompson admitted in September, it was not clear how users could do this.

Big Brother Watch said that this, and the publicity around the VoiceID scheme, has led to a "backlash" as people call on HMRC to delete their Voice IDs. FoI responses show 162,185 people have done so to date.

"It is a great success for us that HMRC has finally allowed taxpayers to delete their voiceprints and that so many thousands of people are reclaiming their rights by getting their Voice IDs deleted," said the group's director, Silkie Carlo.

An HMRC spokesman told The Register: "Our Voice ID system is very popular with millions of customers as it gives a quick route to access accounts by phone.

"All our data is stored securely and customers can opt out of Voice ID or delete their records any time they want. Seven million customers are using this system and only a very small percentage of customers have chosen to opt out." ®