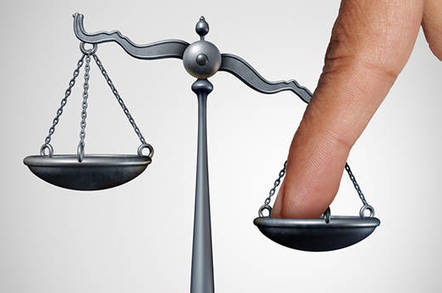 US telecoms regulator the FCC has been accused of colluding with companies it is supposed to oversee in order to protect a controversial decision over new 5G networks.

Chair of the House Commerce chair, Frank Pallone, has sent a letter to FCC chair Ajit Pai asking for copies of communications between the FCC and the big telcos regarding legal challenges to the regulator's 5G order, which forces local governments to charge a flat fee for installing new base stations.

In the letter [PDF], Pallone strongly implies that the committee has heard from a whistleblower.

"It has come to our attention that certain individuals at the FCC may have urged companies to challenge the order the Commission adopted in order to game the judicial lottery procedure and intimated the agency would look unfavorably towards entities that were not helpful," it reads.

In effect, the letter alleges that FCC staff – almost certainly from Pai's office – put pressure on the big telcos to challenge an order that is designed to benefit them as a way of gaming the judicial system so the case didn't end up in a court likely to overturn it.

As crazy as that sounds, given what we know of the FCC under chair Ajit Pai, it is all too possible. Not only has Pai's office pandered to Big Cable to an excessive degree in the past two years, pushing through changes vehemently opposed by everyone that isn't one of the main telcos, there has been a rumors that the regulator is actively working in secret with companies it is supposed to oversee. A series of unusually aligned and coordinated responses have long raised eyebrows.

In one case, a series of decisions that appeared designed to benefit a single company – Sinclair – become the focus on an investigation by the FCC's Ombudsman who ultimately concluded he couldn't prove any collusion. The final report was very far from clearing their names however and could be seen as evidence that Pai and his staff have become adept at hiding their tracks.

In this case, the 5G order was strongly opposed by a large number of local and city governments because it tied their hands over what they can charge for 5G installations. The opposition was particularly intense in California where the high concentration of users and high cost of real estate means cities were expecting to be able to charge significantly more than $270 per site per year; several cities had already reached agreement with mobile operators to charge significantly more.

Due to the concentration of Californian legal challengers, the issue would naturally expect to be heard in California's Ninth Circuit. The Ninth Circuit has a long history of striking down efforts by the federal government to impose its will on the state. As such, the FCC could reasonable expect its order to be challenged – and possibly lose which would delay and possibly derail the whole program.

Enter the telcos. All the main four mobile operators challenged the order with their own lawsuits. It was an approach that baffled observers, including ourselves.

The telco lawsuits claimed that the 5G order didn't go far enough. The order should have included so-called "deemed granted" provisions that would cause a new cell site to be automatically approved once the imposed application timelines had been passed. Otherwise, they argued, they would be forced to sue if local authorities missed the deadline – a big waste of their time and money.

It didn't make much sense for the telcos to sue the FCC over an order that massively benefits them to the tune of billions of dollars. It is noteworthy that the companies sued in four different circuits: First, Second, Tenth and Washington DC.

As a result, the various lawsuits were consolidated and under the legal system's way of handling such disparate appeals, a lottery was held. That lottery in November led to the cases being moved to the Tenth Circuit - which covers the middle of the country – Oklahoma, Utah, Colorado, etc – and the appellants were told to migrate their cases accordingly. In short, if the plan was to get the case out of California, it worked.

But local government officials were very suspicious something untoward was going on. The West Coast cities challenged the decision to move the case to the Tenth Circuit and argued it should be heard in California where a similar case against the FCC and 5G was already being heard.

The value of having the case heard in the Tenth Circuit became immediately apparent in January when the court rejected a plea to delay the order while legal challenges were going ahead. That decision was cheered by FCC Commissioner Brendan Carr, who has led the charge and was Aji Pai's former advisor before being placed on the commission by Pai.

However the Tenth Circuit also decided that the case should be moved to the Ninth Circuit because it was so similar to the other legal challenge against the FCC. That decision to move the case was fiercely opposed by… the telcos that had lodged their appeals across the rest of the country.

The truth is that the telcos could have challenged the decision in pretty much any circuit due to the companies' national reach but the fact that all four of them choose a different circuit, forcing it to a lottery does look like a concerted effort to game the system.

What is extraordinary however is the assertion by Pallone as chair of the House Commerce committee that it may have been FCC staff directing this strategy.

"If true," the letter states, "it would be inappropriate for the FCC to leverage its power as a regulator to influence regulated companies to further its agenda in seeking a more friendly court."

Now that the Democrats have taken over the House, they have the power to direct investigations and subpoena witnesses so the investigation is not without teeth. The letter gives the FCC three weeks to hand over any relevant communications between FCC staff and the telcos through both official and personal channels.

Whether the committee will turn up anything damning will likely be a question of luck: previous investigations into Pai's office have demonstrated significant awareness of how to avoid leaving a paper trail, including holding face-to-face meetings with the stated intention of the meeting different to the true reason, and official phones and emails used only to arrange meetings with the real content of discussions going unrecorded.

Of course, it is possible that the telcos decided by themselves and without communicating with one another, or the FCC, to challenge a decision that gives them exactly what they want and saves them billions of dollars in four completely different jurisdictions. It could all just be one huge coincidence. Like last time. And the time before that.

It will be interesting to see if the source of information that Pallone claims to have has access to recordings or written meeting notes – which could prove particularly damaging if the FCC attempts to deny any interactions – or if he is simply using the threat of insider information to make the FCC nervous about how to respond.

The FCC has declined to respond to the letter or its allegations on the basis that it is currently impacted by the partial government shutdown, which has entered its 33rd day at time of going to press. ®